A random sampling of some longtime Minnesota Republicans shows that after one month, the honeymoon with President Donald Trump isn’t over yet — even it was an arranged marriage from the start. 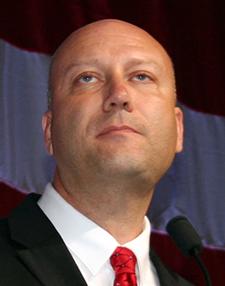 Marty Seifert, a former GOP legislator and minority leader, who like many GOP influencers supported Sen. Marco Rubio during the Republican primaries, observed: “Usually, early on administrations have a hiccup with personnel. Every administration has an early debacle.”

Yet Seifert went on to praise Trump’s Supreme Court nominee Neil Gorsuch. “That he was quoted about being concerned about Trump’s disparaging remarks about the court system, that impressed me,” he said.

But Koch, a Russian linguist who, as member of the Air Force was attached to the NSA, has major problems with Trump’s perceived attitude toward Russia. “In the international arena he’s done some very good things, which makes me all the more dismayed at his missteps,” she said.  “Russia has never stopped being a threat. I am watching that very closely. Putin is not to be trusted.”

This kind of mixed review comes from a few Trump voters I talked to. Said one self-described reluctant Trump voter, “I think the guy is a jerk, but the stock market has performed really well since he took office and Wall Street has people who are a lot smarter than I am, so they see the potential economic strength of the administration.” 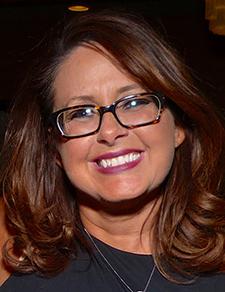 As for the impression that Trump will use the office for personal gain, another voter shrugged. “I don’t have problem with it because he made it clear that’s what he was going to do going in,” she said. “And other presidents have done the same thing, although he may be the champion of it. “

Seifert and Koch do have a problem with it, though. “He needs a seminar on what he can and cannot do when you’re in office,” Seifert said. “This isn’t the Wild West free-for-all that the private sector was.”

Koch describes the potential for conflict of interest as “a monster concern. … You get to lead the greatest force in the word,” she said. “You get to lead the United States and if that comes at some personal cost to you, that’s too bad. He needs to do what every other president has done before.”

But other moves, like Trump’s decision to pull out from the Trans-Pacific Partnership and his expedited (if botched) executive order to strengthen immigration from seven countries, have thrilled his most ardent supporters. “Every time he fights with the media, he makes his base happy,” said former state GOP deputy chair (and MinnPost contributor) Michael Brodkorb. “Every time the bureaucracy stops what he is doing, he makes his base happy.”

“If you were a Trump voter — standing on the overpasses, doing the lawn signs — you have to be ecstatic with the last 30 days,” he said.  “But the average voter has not been given anything to get behind.”

Brodkorb, a one-time political operative respected for his aggressiveness, thinks Trump has picked unnecessary fights. “Within a matter of a couple weeks, Trump had set up a sizeable battle over his executive order on immigration.  And it wasn’t done in the procedural way that garnered the outcome that Trump wanted,” he said.  “Sure, there was going to be a fight over this issue, but the way they telegraphed the first punch was a bit sloppy.”

Even so, Brodkorb is impressed with the way that Trump is bulldozing his way through policy and appointments. “Trump is coming in laser focused on doing what he said he was going to do,” he said. “The pace in which they’re moving is very fast. My initial reaction is they are planning for one term. So they are working at a pretty feverish rate. But what is missing is the opportunity for the president to be the president for all Americans. I don’t know if that is a quality that he has in him.”

Trump’s relentless presence on Twitter has added another layer of anxiety over his actions. “I thinks he’s too distracted with things that have nothing to with his presidency, like when he tweets about “Celebrity Apprentice” [the reality TV show Trump once hosted],” Koch said.

There’s another possible drawback to Trump’s relentless Twitter salvos, Seifert pointed out: “A lot of people are getting Trump fatigue. The daily drumbeat is a little wearing for a lot of people.  They say, ‘He’s been in office one month – it feels like a lot longer.’ ”

One month in, Minnesota Republicans have plenty to like (and a few concerns) about Trump’s presidency