The 8th Congressional District in northern Minnesota has a distinct brand of politics.

I know because I’ve worked on campaigns here. I also know because I live here now, in the heart of the district near Hermantown, among the avid environmentalists, the union stalwarts, the staunch gun-rights advocates, the students who worry about the cost of tuition, and the retirees who worry about cuts to Medicare.

But a candidate with the right attitude has the opportunity here to rise above the policy debates. It happened in 2016 with Donald Trump’s 15-point edge over Hillary Clinton, of course, but that was hardly the first time. I saw it first in 1994 when I was on the campaign trail with Republican Gov. Arne Carlson. Carlson and the late Rod Grams, a congressman at the time, campaigned together on the Iron Range. As an incumbent, Arne’s independent streak was popular on the Range, but Grams’ appeal in his campaign for the U.S. Senate wasn’t as obvious.

In fact, the New York Times called Grams’ opponent, Ann Wynia, an “an insurance policy” for a Democratic pick-up of the seat. But Grams scored points with basic talk about Second Amendment rights and his connection to middle class voters, winning him the district and the election.

“We’re sick and tired of people telling us what to do,” said Dave Tomassoni, a state senator from Chisholm, referring to the controversy over copper-nickel mining in northern Minnesota.

Tomassoni supports state Rep. Jason Metsa in the race to succeed Nolan. Among those still likely to compete in the DFL’s Aug. 14 primary, Metsa is the candidate most supportive of mining activities. 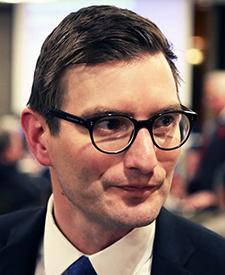 On the other side, environmentalists and outdoors people are equally ferocious about opposing precious metal mining and about protecting the region’s matchless natural resources.  They turned out for the caucuses to support Leah Phifer, a mining opponent, and gave her a consistent lead at the DFL endorsing convention. (Phifer later announced that she won’t be going on to the primary.)

All of which means it’s hard to envision a middle ground here. It’s also why voters appear to prize authenticity, as nebulous as that can be, so highly; why they supported both the pro-life, pro-Second Amendment Rod Grams — and the moderate Republican Arne Carlson. And it’s why Pete Stauber, the St. Louis County commissioner and the only Republican running for the seat, likes to call his campaign “blue collar and common sense.”

Indeed, Stauber is happy to say that, while he’s a Trump supporter, he’ll oppose the president when needed. “When I agree with the president, like the tariffs, I will support that,” he said. “When I disagree with him, like initially when there was no money for the Great Lakes Restoration Initiative, I will fight to get that money.” 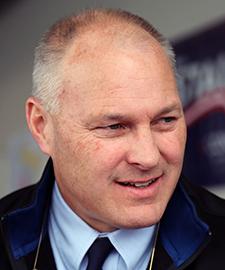 Likewise, DFLer Metsa likes to point out that, during his 2016 Minnesota House race, “I had a lot of Trump cross-over votes,” he said. While Joe Radinovich, who was the second highest vote getter at the DFL endorsing convention, wants voters to understand his principles. “We’re running on a set of values,” he said. “There are differences [but] this is a big tent party.”

In my experience, it’s also a big tent district. Even as the political profile here is changing, voters remain individualists united by great pride in their region. The voice that eventually represents them in Washington — the winner of what’s likely to be one of the most closely watched congresional campaigns in the country — will have to be as unique as they are.

Yes, a good candidate can bridge the divide in Minnesota’s 8th Congressional District