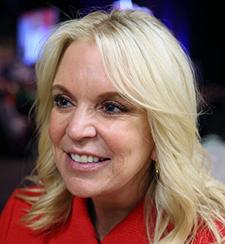 Ultimately, the only glitch at the Republican state party convention in Duluth was a faulty electronic ballot system, which forced the use of time-consuming paper ballots.

The more than 1,900 delegates in attendance endorsed four candidates by acclamation, reveling in their unity — and thoroughly enjoying the rumors, tweets, and live reports from the comparatively chaotic DFL convention in Rochester.

In fact, two GOP candidates are already re-working their campaign strategies based on what they saw as dysfunction among DFLers.

The campaign team for U.S. Senate candidate Karin Housley is considering how to take advantage of former Bush White House lawyer and prominent Trump-basher Richard Painter’s decision to challenge U.S. Sen. Tina Smith, who won the DFL endorsement on the first ballot over the weekend.

At a minimum, the Housley campaign is hoping that the articulate Painter — a frequent cable news commentator — will be a distraction to Smith. But the hope is that Painter will also force Smith to amp up her anti-Trump rhetoric, alienating exurban and Greater Minnesota voters. Republicans claim that polling shows a close race between Housley and Smith, so that even small missteps could put the seat in the GOP column.

Republicans also see potential opportunity in the race for state attorney general. Minnesota has not had a Republican attorney general since the 1970s, but current AG Lori Swanson failed to get the DFL endorsement on Saturday, news that started the contributions flowing on the Republican convention floor into the campaign of the GOP’s endorsed candidate, Doug Wardlow, a Georgetown-educated attorney whose highest profile role had previously been representing a conservative Christian legal advocacy group. If Swanson doesn’t make a primary challenge (a big if), Wardlow will face DFL endorsee Matt Pelikan in the general election.

‘We can blow the friggin’ roof off’

For all that, though, GOP unity doesn’t expand beyond the convention floor. Looming over the GOP is a primary challenge of its own — at the top of the ticket. The party’s endorsed candidate for governor, Jeff Johnson, faces former Gov. Tim Pawlenty in the August 14 primary.

Johnson, who friends and foes alike consider one of the nicest guys in politics, admitted he was advised to amp up his rhetoric in anticipation of the fight. He did so in his endorsement presentation, starting with an opening video that featured a swipe from Pawlenty’s lieutenant governor, Carol Molnau. “I wish him well, but I’m not looking forward to seeing him in St. Paul,” she said with a smile. 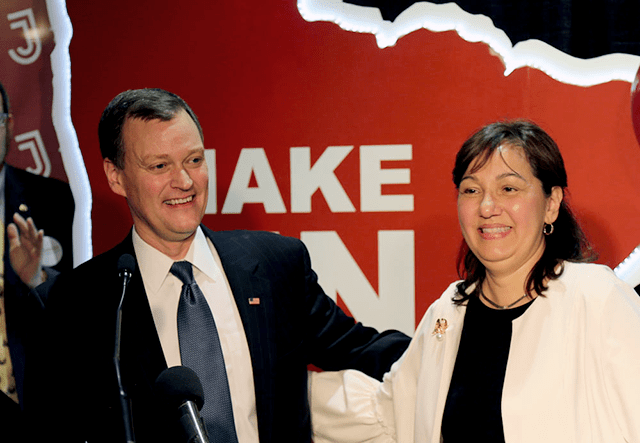 Johnson followed with a booming point-by-point description of what he would change as governor. “Minnesota’s participation in the refugee resettlement program is going to stop. Period…. I am the Met Council’s worst nightmare.… My boys don’t need a nanny any more and neither do you… We can blow the friggin’ roof off Minnesota,” he told the delegates, in a voice that — for Johnson — was nearly a roar.

In the end, the Republican delegates were pleased with the convention, with Johnson and with the rest of their candidate slate. Even with the uncertainty that primary challenges will bring, the convention adjourned with a sense of satisfaction that comes from delivering exactly what’s expected.

Minnesota Republicans look to exploit DFL divisions, even as GOP faces its own top-of-ticket fight