True North, Mapping Minnesota’s History can be found on the History Center’s website. You can click on one or more categories (ranging from climate to land use to population) and a map of Minnesota will be filled in before your eyes. 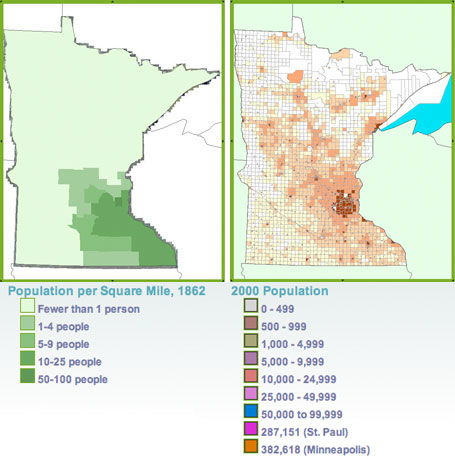