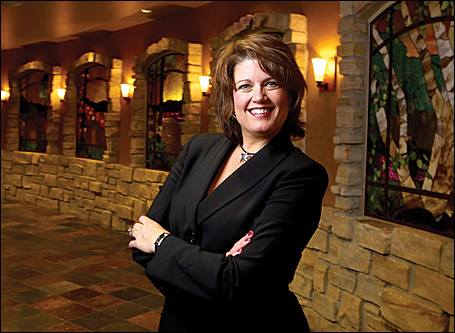 A dozen years ago, Jill Blashack Strahan was a one-woman show working out of a backyard shed. The Alexandria Technical College graduate drove a cheap Grand Am and wore the same smart black-and-beige suit day after day to peddle a dream that today is a multimillion-dollar company.

Hers is a corporate Cinderella story.

Jill Blashack Strahan had no magic wand — only a 3 a.m. stroke of inspiration, a little help from friends and plenty of elbow grease. Up late one night reading a magazine, she came upon an article about home parties to sell products. From that seed, the company Tastefully Simple was born. What Tupperware did for plastics, Blashack Strahan is doing for food. Blashack Strahan, the company’s 48-year-old CEO, has turned the selling of salsas, dips, spices and mixes into a home party empire. Based in Alexandria, a community of 10,000, Tastefully Simple last year logged $120 million in nationwide sales. This September, sales were up nearly 20 percent compared to the same period last year. At its conception, Blashack Strahan worked long hours without pay. She peddled and packed the product. A decade later, her efforts catapulted her to No. 2 on Fast Company magazine’s Top 25 Women Business Builders’ list and in 2003 earned her a finalist spot for the national Ernst & Young Entrepreneur of the Year award. Through the years, she has weathered economic downturns and ruts in the road. When sales dropped a few years ago, the company reinvented itself to rebound. Recently, she began marketing her own business culture.

“It’s been an incredible ride,” she said. Education at state colleges started her on her way. After a year at the University of Minnesota Morris, she went on to earn two associate degrees from Alexandria Technical College in sales and marketing in the late ’70s. There she grew to appreciate education and a teacher’s selflessness. For instructor Lyle Holscher’s sales associate course, she created a business plan for an imaginary gift shop. That assignment sparked her entrepreneurial creativity, and she won a state Distributive Education Clubs of America competition and went on to national competition. Holscher inspired her, she said. He looked beyond the person she was then — a sometimes-testing 19-year-old who complained about required class attendance. “He showed me he believed in me,” she said. And when she needed help designing visual aids for competition, he built a plywood presentation board according to her design. Holscher remembers Blashack Strahan as hard-working, fun-loving and brimming with promise. “My opinion was, whatever she chose to do, it was going to happen. Jill was a very motivated type of person, a self-starter. You didn’t have to tell her much, and then she was full steam ahead.”

That marketing education was crucial. Tastefully Simple does not make the food its 24,000 independent consultants sell. “We’re marketers. We created the brand. We find great products to market,” Blashack Strahan said. The strategy? Mix a good time with good food. Instead of lining up at the free-samples table at a grocery, you get invited to a party at a friend’s home to try Tastefully Simple products. It’s not only the easy-to-make Truffle Fudge Brownies or the Italian Romano Cheese Ball you enjoy, but also friends. Blashack Strahan practically stumbled across the business concept when she adapted a gift basket business she had owned. At an annual Holiday Crafters Tour at homes around Alexandria in the early 1990s, she tried a new sales approach. She sold not only food-laden baskets but also individual products and struck gold. She sold $200 in baskets, but $2,500 in Reindeer chips and mixes such as Nana’s Apple Cake. Ditto the next year. “Those experiences were the beginning and end of my market research,” she said. People didn’t want the baskets; they wanted interesting, easy-to-prepare foods. Add a home sales party and she had her business concept. She brought the idea to Joani Nielson, a business acquaintance who jumped onboard, putting $10,000 into the business as a silent partner and loaning a backyard shed for operations. Nielson is now the company’s chief operations officer. Blashack Strahan also obtained a $20,000 loan from the Small Business Administration and used $6,000 of her own money, launching Tastefully Simple in 1995. The Tastefully Simple headquarters is a 178,000-square-foot, lodge-like building with more than 300 employees. Nationwide, the company has nearly 23,000 independent consultants, of which 3 percent are men. At the company’s startup, Blashack Strahan packed orders on an old pool table; today, employees load orders on a 1.5-mile conveyor belt. The company offers more than 50 products with an average price of $7.99. In the early stages, she recruited sales consultants by day and hosted home tasting parties by night. These days she travels the country energizing, inspiring and educating the thousands who sell her wares. Blashack Strahan is the company motivator, said Amy Robinson, spokesperson for the Direct Selling Association, an ethics-regulating trade group of which Tastefully Simple is a member. “For a lot of sales reps, it’s that they can identify with a founder and a certain mission. The company’s mission is her vision,” Robinson explained. Blashack Strahan’s office is decorated with warm colors, a sofa and an electric fireplace. The elegant-home atmosphere permeates the headquarters of the privately held company and, she said, symbolizes a different way of doing business. “The business world has tried forever to amputate, to extract, humanness,” she said in explaining why she devised the company culture she’s now marketing on a DVD and in a book. The culture lets people be themselves, work hard, feel special, have fun and find success in their jobs, she says. Blashack Strahan has a son, Zach, 15.

Widowed some years ago, she married Gary Strahan last year. Before and during the company building-block years, she faced the accidental deaths of two brothers, one in a fire and the other from injuries sustained after falling off a roof he was building. Though grieving for loved ones, she threw herself into her work, painfully aware, she once wrote, that life is short and must be lived fully. The company culture, employees say, is about being a whole person, even at work. In keeping with the philosophy, employees are called team members and their bosses, leaders. They toss around beach balls to lighten a mood. Coffee and chai tea are free. Yoga and other classes are offered at the onsite fitness center. Teams sponsor charitable projects, such as a pancake fundraiser for a women’s shelter. And they cheer one another’s accomplishments and the latest sales figures with bells, tambourines and other “personal noise makers.” “You feel appreciated,” said heating and air conditioning mechanic Marty Root, 50, a nine-year employee. “You feel like you want to come to work.” Still, this is a workplace. Walk in the front door and see today’s sales numbers. Use the bathroom and see posted inside the stalls the company’s mission statement and this year’s sales goal of $132 million. Blashack Strahan calls it a dream map rather than a strategic plan. “I don’t like corporate lingo,” she said. Company goals are “what we’re dreaming here.” The dream is evolving. In 2001, sales hit $34.4 million and kept climbing. But when numbers fell from $119 million in 2004 to $110 million in 2005, Blashack Strahan invited staff to brainstorm solutions. The company reinvented itself, she says, by simplifying the business for its consultants. Products now are shipped directly to customers rather than delivered by consultants, for instance. Bottom line: Blashack Strahan sees ongoing success in the company’s basic strategy. “You get to hang out, eat and drink, grocery shop and buy gifts.” 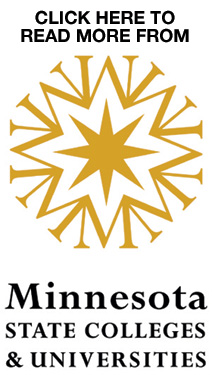