Those are key messages found in a new report published by the Center for School Change (CSC), where I work. We’ve sent a copy to every Minnesota public library. The report also can be found on the Web (PDF).

The report includes many color pictures of outstanding rural, urban and suburban small schools in Minnesota and 10 other states. It’s a major revision of a report we issued in 2001, which has been purchased or “downloaded” from a computer more than 50,000 times. It’s called Smaller, Safer, Saner, Successful Schools. 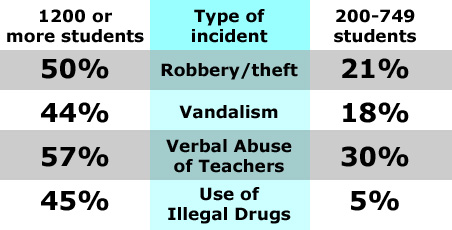 This information comes from a study we cite done by University of Washington researchers. They examined reports from thousands of U.S. urban teachers.

This does NOT mean that every small school is excellent. But the report shows that on average, students in smaller schools are safer, and achieve more, whether measured by test scores, graduation rates or other factors.

We also show that faculty working in smaller schools, in general, feel more fulfilled than those in larger similar schools. And, we cite studies concluding that smaller schools are not necessarily more expensive.

Sheena Thao, who co-wrote the report, and I believe we should stop debating which is better, district or charter public schools. There are excellent examples of both.

We urge that communities, educators learn from the best. We also suggest that foundations and legislators might establish ways to help communities apply lessons from the finest district and charter public schools. This might include forums to discuss them, and funds to help replicate them.

The report honors and celebrate outstanding schools. We hope that “Smaller, Safer Successful Schools” is encouraging and useful.”