Writer Shannon Gibney weighs in on a new anthology of stories and essays, all penned by Minnesota women, which offers an unflinchingly honest, diverse accounting of the nuances of love, rivalry, and feminist legacy exchanged between mothers and daughters. 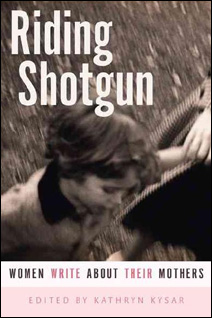 I APPROACH ANTHOLOGIES WITH THE SAME DEGREE OF apprehension and anticipation as a first date. There is an initial spark, the grand performance of big ideas, and the elusive, attractive terrain of the new. But anthologies, like love, rarely deliver on the promise of their possibilities. Not so for Riding Shotgun (Borealis Books, 2008), the new anthology of essays on mother-daughter relationships. With writing from 21 Minnesota women which is edited by poet Kathryn Kysar, the book is easily the most even and accomplished collection I have read in ten years.

What strikes me most (happily!) while reading Riding Shotgun: Women Write About Their Mothers is the incredible breadth and depth of its essays. By now, it is as commonplace for publishers to herald the “diversity” of their new list as it is for upper-middle class White suburbanites to feast on pho and mock duck for family dinners. But finding a book which actually looks, feels, and tastes truly representative of our complex state is, even now, a strange and wonderful occurrence. Riding Shotgun is the real thing, with writers from rural and urban Minnesota—who are Black, Native, Hmong American, Korean American, White, Latina, queer and straight—all weighing in on the difficult, inspiring relationship between mothers and daughters. This diversity of voices, coupled with the high quality of the writing throughout, makes Riding Shotgun a great read.

Take this excerpt, from Taiyon Coleman’s “Grown Folk’s Business”: “In Momma’s world, children did not ask adults questions. Adults were grown; therefore, adults were absolved of all self-explanation, especially to their own kids. ‘It’s not fair, Momma! It affects us too!’ I yelled at her from living room to kitchen…’ If you ain’t paying the bills, sit your ass down and shut up!’ Momma yelled back. It was her only response, and it was Momma’s motto. I believed that it came from The Black Momma Handbook, Volume II, which included popular Momma phrases like ‘I’m not your friend, I’m your Momma,’ ‘I brought you into this world, and I’ll take you out,’ and ‘Have you lost your mind?'” Coleman’s finely-tuned balance of tragic and comic elements throughout create a compelling, nuanced portrait of her mother as a woman trapped—by the circumstances of her life and times and by her choices.

In a completely different vein but just as evocative, Faith Sullivan‘s “The Ghosts at the Door” offers readers details so vivid that one can’t help but feel transported to the modest household of her youth, in a small Minnesota town, headed by her eminently resourceful grandmother: “Flour sacks, sprigged with violets or wild roses…made dish towels and pillow slips. On the old Singer treadle, Grandma ran up bed sheets of unbleached muslin ordered from Monkey Wards. Though the sheets were a little rough and had a thick flat-fell seam down the middle, their very roughness was a strange kind of assurance, especially if you were in bed with cramps, tonsils, or chest trouble.”

Diane Glancy‘s poetic short “M(other),” likewise, offers insight into the huge emotional distances that often exist between mothers and daughters: “My mother was the other in the house. She was something of which I was not part. I was left alone with her in the house until my father came home and my brother was born. A child is an island. A child is a spot on the distant sea. My mother was in the house as I was. A dimmer light. An unwanted smot.” 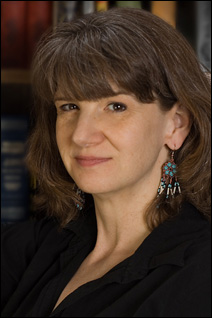 Too often in anthologies, readers hungry for a literary feast are left to dine on just one or two particularly meaty morsels out of a whole collection. That’s not the case here: the excerpts given above are far from exceptional – in fact, they are representative of the Riding Shotgun’s entire aesthetic. And even though contributors’ approaches to questions central to mother-daughter relationships could not be more different, there are some key, overarching themes that come up again and again throughout the collection.

These stories all capture the isolation and confinement of rigid gender roles that accompanied much of 20th century Midwestern motherhood; they also serve as testimony to the extent to which these feelings of entrapment and resentment were observed by, and often passed down to (in various ways) these mothers’ daughters. For women of color in the mid-century Midwest, or for those mothering their children against the backdrop of poverty or working class economics, those difficulties deepened. The tales in Riding Shotgun bear witness to the harsh disappointments faced by those women whose hopes rested on the mythology of romantic love and the perfect American family; but, just as significantly, these accounts pay tribute to the persistent satisfactions of motherhood and to those women who managed to inhabit the role of caregiver, without diminishment by the traditional gender roles available to them. These stories do justice to the endless complexities of the mother-daughter relationship with the deeply examined honesty it deserves.

But like all good writing, what stays with the reader, in the end, has less to do with the sophistication of the ideas themselves than with beauty and care with which they are expressed. Happily, Riding Shotgun gives plenty of both to keep with us. From Susan Powers’ “Dakota Woman:” “Mama is born with a hole in her heart, that empty space like a howl for everything sucked away from her Dakota people. …Somewhere in that hole of Mama’s heart is an egg, a red yolk, the daughter gestating in negative space – her missing piece waiting to be born.”

About the writer: Shannon Gibney is a writer who lives in Minneapolis.