New U of M Regents Professor Steven Ruggles is changing how research gets done and debunking social myths along the way. 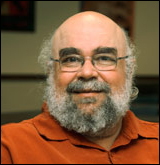 Photo by Evan Stremke
New Regents Professor Steven Ruggles specializes in the study of the history of populations.

Steven Ruggles is a historian who likes to count in a big way. With the help of staff and colleagues at the Minnesota population Center (MPC), Ruggles has created the largest population data collections in the world. These data allow scholars unprecedented opportunities to understand long-run social and economic change.

Ruggles, who joined the University of Minnesota as an assistant professor in 1985, is one of four faculty members recently elected Regents Professors–the University of Minnesota’s highest faculty rank (see sidebar). He specializes in historical demography, which is the study of the history of populations. Ruggles has written extensively about marriage, fertility, mortality, and migration changes over time. His most important contributions, however, have focused on the transformation of the American family over the past 150 years. He uncovered a massive decline in intergenerational co-residence beginning around 1850 that was previously masked by inadequate data and poor measurement techniques. Ruggles’ scholarship also addresses the ways that race and class have structured the family. Contrary to the prior consensus viewpoint of historians and social scientists, he has shown that African-American households have been distinctively different from those of whites since the immediate aftermath of the Civil War.

To carry out his research on the family, Ruggles needed data, and to collect the data he raised about $68 million in external grants, the fourth-highest funding total of any University of Minnesota researcher (and the highest funding total of any faculty member outside of the U’s Academic Health Center). Ruggles is the mastermind behind the Integrated Public Use Microdata Series (IPUMS), an online database that allows his fellow social science researchers access to the individual records of millions of Americans dating back to 1850. The Journal of American History has called the IPUMS database “one of the great archival projects of the past two decades.” Before IPUMS, social scientists were forced to rely on scattered published census statistics to track long term changes, and such data were extremely limited.

“All of us who struggled to coordinate early versions of census samples shared the frustrations,” says Brian Gratton, a history professor at Arizona State University, “but only one had the imagination to see how the challenges might be resolved and the will to carry out what appeared to be a thankless task.”

IPUMS is, simply put, a point-and-click. Even Ruggles’ 13-year-old daughter knows how to extract information from it. Already she has used it to win $100 for a stellar History Day project called “A Century of Women in Science and Engineering.”

Ten years ago, Ruggles expanded the IPUMS paradigm to a global scale. His goal is ambitious: to preserve and harmonize census microdata from around the world and make them freely accessible to researchers. The international effort has succeeded beyond all expectation; Ruggles and his colleagues have formed partnerships with more than 80 national statistical agencies. Today, IPUMS is the world’s largest accessible database on the human population, with information on approximately 350 million people drawn from 140 censuses.

Dan Newlon, National Science Foundation program director for economic sciences, remarked that “nothing like this has ever existed anywhere in the world … we’re now able to move to a Hubble Telescope and do something to give us a much more detailed and larger view of the world.”

The IPUMS is currently one of the most widely used sources in the social sciences, and has served as the basis of at least 178 Ph.D. dissertations, 304 books, more than 1,000 scholarly articles, 220 newspaper articles, and some 3,000 working papers by scholars around the world. The data are used by more than 25,000 researchers–scholars, students, journalists, and educators–to study such diverse issues as international migration, global economic development, and health care delivery. As a result, University of Minnesota has become one of the largest social science data distributors in the world: the IPUMS Web site distributes a terabyte of census and survey data every two weeks, which works out to an average of nearly one megabyte per second around the clock.

“The world has been transformed by economic development and population growth, immigration, and industrialization, and there’s basically only one way to get a handle on that,” says Ruggles, who has directed the Minnesota Population Center since its opening in 2000. “Census data allows us to come closer to understanding the causes and consequences of these transformations … The thousands of people that are using the data are really, I think, completely rewriting what happened.”

To learn more about the Minnesota Population Center and its free databases, see www.pop.umn.edu.

* Historically, census records were a basic count of inhabitants. As the nation grew, so did the need for statistics that would reflect the characteristics of the people. The U.S. census is conducted every 10 years–a mandate from the U. S. Constitution. Membership in the House is apportioned according to the population of the states.

Their appointments bring the total number of regents professors to 27. The University of Minnesota established the Regents Professorship in 1965 to recognize the national and international prominence of its faculty members. Each regent professor receives a $20,000 salary stipend plus fringe benefits per year and an additional $30,000 research stipend.

Learn more about the Regents Professorship at the University of Minnesota.