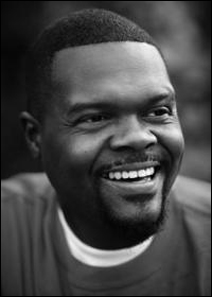 Not many heroes around, these days. Isaac Combs, recipient of the McKnight Foundation’s 2008 Virginia McKnight Binger Award in Human Service, undeniably is one. Hard as it is to find black men interested in guiding youngsters, Combs mentors and empowers youth, as program director of the Mt. Airy Boys and Girls Club in St. Paul. At the club, he helps adolescents make sensible decisions about life. No easy job — as anyone who’s ever tried to pour sense into a teenage head can tell you.

Added to which, the youngsters under Combs’ care are, so to speak, tough cases. Kids who’ve matriculated the school of hard knocks aren’t the easiest to reach. They’re skeptical of social workers, teachers and just about everyone else — by second nature. They trust Isaac, because they know he has been in their shoes and won’t feed them a line out of the do-gooders manual, then punch a clock. They know he was a gang member (never mind which gang), left that existence and now has a life. His ability to gain their trust makes him a very effective individual under tough circumstance. A hero.

Being honored by the McKnight Foundation is the most recent award in a career of doing looking after youth. He received the Boys and Girls Clubs of America’s National Service to Youth Award in 2003, the Academy of Boys and Girls Club Professionals’ Youth Development Professional Award the same year and, in 2002, was accorded the Ten Years of Service Award.

Asked what he’s going to do with the $10,000 that comes along with the McKnight Foundation’s Virginia McKnight Binger Award in Human Service, Isaac Combs checked off a list of things he wants to do for himself and his family. Considering he sacrifices weekends, evenings and even vacation time at Boys and Girls Club dance recitals, graduation ceremonies, football games and more, certainly one can’t begrudge him personal consideration.

How did you get out of the gang? That’s not something gangs are very willing to do, let a member quit.

It was a process. I was pretty well-respected, running around in the streets. So, it wasn’t one of the deals where I had to get beat up to get out or I had to run for my life. I played my part in the gang. So, I was respected. I’m older now and separated myself years ago. It was slow progress, getting out.

In the McKnight materials, there’s that euphemism describing the youngsters you serve as “at-risk,” which is code for urban kids of color.

They have a higher chance of joining gangs or getting into negative behavior. I went down the same path as a lot of these kids. That’s the way I’m able to build the relationship I have with a lot of [them]. I’m not happy with some of the things I’ve done, but, at this point in my life, I’m happy that these kids can relate to me. And meet me as a positive person [who] can help.

Doesn’t always go smooth as silk, does it?

I tell new staff that when I started [working with youngsters], my goal was to have everybody go to college. Then, I realized that’s not going to happen and college isn’t for everybody. I had to refocus and figure out exactly what my goal would be for each one of the young people that I work with. Eventually, I said to myself, “If I can just get these boys and girls to grow up and be a positive person.”

The Virginia McKnight Binger Awards in Human Services
The McKnight Foundation’s 2008 Virginia McKnight Binger Awards in Human Service were announced November 20th, going to six individuals. Since 1985, the annual awards have been given not to recognize single Minnesotans so much as acknowledge their work in making a difference for those around them. “These inspiring individuals”, says McKnight Foundation board chair Erika L. Binger, have dedicated themselves to making life better for others”. Acknowledgement comes in the form of a $10,000 award.

What are some of the strongest challenges?

There’s a young man in particular. I go see him [every week] at the Ramsey County ADC (Adult Detention Center). He was a young man, here, just turned 18 recently. He’s been going in and out the system for the last six years. I realize I can’t [save] all of them. At the same time, I will keep working with you. But, I’m not going to be able to get them all.

I guess, the ones you can help make it all the more valuable.

Where does your commitment come from?

I came to understand I’m pretty good at this. When the youngsters actually implemented something that I showed them, it made me feel good. This was my gift from God, building relationships with the young people. So, that’s where my motivation comes from.

It’s great you’re looking out for other folk’s kids. What about your family?

My fiancée comes with me. She’s the number one volunteer where I work at. And she volunteers at other places. My two daughters, they don’t live with their mother, but will attend some of these events. I do take time out for my own family. But, at the same time, these kids that I work with, I try to be parent away from home for them. A lot of their fathers aren’t in their lives. That’s what I know to be a strong part of what makes or breaks young people.

Dwight Hobbes is a writer based in the Twin Cities. He contributes regularly to the TC Daily Planet.