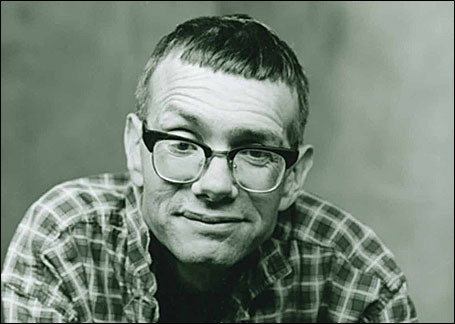 Photo by Ann Marsden
Kevin Kling brings music and story-telling to The O’Shaughnessy for Valentine’s Day.

Love is a many splintered thing. As in that teeny little thing that gets under your skin and hurts like bejeebers. Sometimes for a good long time.

Playwright and storyteller Kevin Kling takes that idea and runs with it in his Valentine’s Day performance “Breakin’ Hearts and Takin’ Names.” Not that it’s not also many-splendored — and an absolutely irresistible subject for his off-kilter sensibility.

He and a cast of co-conspirators will explore as many aspects of this “bottomless pit” of fascination and inspiration as they can cram into an evening. Among them: long-distance love, regional permutations (like Minnesota love — think LOTS of layers) and plenty of humor. “Love is pretty funny,” he says. “Every part about it is hilarious.”

The eclectic group of musicians/performers has a collective background that includes, among other genre, opera, jazz and folk.

Chouinard, for example, “can play anything. If the Martians left some sheet music, I think Dan could play it,” Kling says.

The show grew out of a smaller performance last year with Kling and Perrin. “We had a great time, and everyone in the audience left with a good feeling. Most of all it was a really good date night,” he says proudly. He’s eager now to see what an expanded show will be like to fit the larger venue of The O’Shaughnessy.

He’s also eager to see what kind of new chemistry the added performers will bring. Kling takes an improvisational approach to his performances, responding to the audience as they respond to him.

“It’s like football coaches will have the first 15 plays they run, then know what their team is like. I do my first few stories and learn a lot by response, then I know which fork to take,” he explains. A larger group onstage adds to the risk, but also the possibilities.

“These singers are my favorites and they’re pals; I’ve got all these amazing talents together. I just wanna let ’em rip.”

He admits it can be nerve-wracking, but, he says, with a mixture of triumph, glee and sheer wonder, “it always works!”

That element of risk helps keep that high-wire magic. It also helps ward off any whiff of the sentimentality that has come to permeate the holiday, though it’s hard to imagine Kling and his innately off-kilter style capable of veering toward the cliché in any case.

Still, Kling defends the underlying impulse of Valentine’s Day. Brush aside the overpriced bouquets and high-carat jewelry, and there’s a reason the holiday took hold. “It’s playing into a better side of us. Love is funny, it’s tragic, and at the same time — without being sappy — it’s transcendent.”

Particularly lately, with gloomy headlines flooding us day after day. Ever the optimist, Kling sees an upside to the new austerity. “With the way the world is turning these days, we’re going back to what’s really important, like love, like family. I love that. I feel that’s really fortunate.”

“That’s why you gotta leave the opening for surprises,” he says. “It makes the evening that much richer.” In a mixed but oddly apt metaphor, he continues, “We’re going to be wiping our hearts on our sleeve.”

You’ve been warned: Get out your handkerchiefs and come out with your heart open.

Judy Arginteanu is a freelance writer living in Minneapolis. She has been an editor and arts reporter at the St. Paul Pioneer Press and Star Tribune.

College of St. Catherine: Kevin Kling brings his high-wire magic to The O’Shaughnessy for Valentine’s Day