Books line the walls of Madelon Sprengnether’s office in Lind Hall. She’s read most of them. At home, she admits, she doesn’t have enough bookcases to hold her collection. Knowledge is built like this; sometimes, what we know is so much that we cannot hold it all in our mind, and so we write it down.

Sprengnether might argue that last point, insisting that our minds hold far more than we’ll ever know and won’t easily give up our memories. Sometimes, writing can act as a way to find what we’ve forgotten about ourselves.

A university professor of English, Sprengnether is also a writer and literary scholar whose works add the weight of experience to what is, at once, the burden and lightness of the human condition.

Strange bedfellows
Elected a Regents professor (the university’s highest faculty rank) last spring, Sprengnether has taken on two of the central figures in Western culture — Shakespeare and Freud — and changed the way we see them.

“I’ve been lucky to be at a university, in a department, and in a particular moment of time when I could follow my interests,” she says. “Nobody has ever said, ‘You can’t write about [that] because that’s not in your contract.'”

The unifying thread in her long body of work? “My interests are intensely psychological, and they always have been. I’ve always wanted to tell the truth,” she answers. 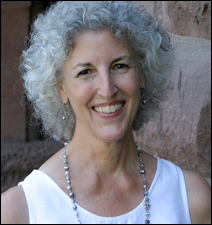 Photo by Kelly MacWilliams
Madelon Sprengnether, a new Regents Professor of English, has published widely on Shakespeare and Freud.

Besides Shakespeare and Freud, she has published widely and influentially on contemporary female writers and feminist psychoanalytic theory. Her co-edited collection “The (M)other Tongue” was the first anthology to bring together essays in feminist psychoanalytic criticism and firmly established the field. Her book “The Spectral Mother: Freud, Feminism and Psychoanalysis” analyzed Freud’s avoidance of the figure of the mother in his writing, while offering a new theoretical position regarding the pre-oedipal period.

Sprengnether was also a core member of the group of scholars who founded the U’s Women’s Studies Program and the Center for Advanced Feminist Studies.

Changing the U
In the mid-1990s, Sprengnether almost single-handedly changed the fate of the graduate Creative Writing Program in English by spearheading the movement of the M.A. in Creative Writing degree to the full M.F.A. degree necessary for national competition.

As director of Creative Writing during that time, she dramatically upgraded the infrastructure of the program to meet the demands of national visibility and distinction. She redesigned the curriculum, building an ambitious program of visiting writers, enhanced publicity, contacts with the Twin Cities literary community, full funding for incoming students, and opportunities for students to write reviews.

The results: In 10 years the University’s M.F.A. program has risen from a position near the bottom to 11th among 274 programs ranked by the national organization Poets and Writers.

Things looked different when Sprengnether came to the University in 1971. In her college days, “There was just a handful [of M.F.A. programs], notably the Iowa Writers’ Workshop,” she says. “You didn’t have many options if you wanted to get a graduate degree in creative writing. If you were interested in writing, you did that on your own, or you found like-minded people to form a community.”

That’s exactly what Sprengnether found herself doing at the university — forming a community that recently ranked third nationally in a poll of preferences expressed by more than 10 percent of the total M.F.A. applicant pool in the United States. This ranking circulates widely and will no doubt affect the number of applications to the M.F.A. program this year, says Sprengnether.

“Only Iowa and Michigan are ranked above us in this poll, so we’ve made it into the top three,” she notes.

The malleability of fate
Lately, Sprengnether has been researching memory.

“I was blown away by some of the things I read. We think of the past and present as being completely separate, but, in fact, your memory is something that can only happen in the present, so what does that mean? It dramatically overturned my sense of the function of memory. Is the past fixed? Evidently not your personal past,” says Sprengnether.

What it amounts to, she explains, is that science is changing our metaphors. Memory is no longer a fixed place; it’s shifting around.

“The upside is, maybe you really can change your past by the way you think about it,” she says. “If you’ve had something really bad happen to you, then it doesn’t have to stay that bad. It makes the past seem more open and fluid than I ever thought.

Through her personal experience she’s putting the changing metaphor of memory into words in an upcoming book. Her explorations start with an old memory that at the time seemed to mean little:

“My life went on, and I didn’t think about it. A few years ago, I started thinking about my teenage years and about his place in my life. … I started to realize how much he set me on the path that I followed in an educational sense, and, in fact, when I looked back I thought, ‘He gave me my career without my knowing it, and I owe him for that — a lot.'”

For more about Madelon Sprengnether, see her departmental Web site or her alumni site.