This contest has ended. See below for the winner.

MinnPost is proud to be a sponsor for this year’s Minnesota Fringe Festival. On July 1, the Fringe launched their new website featuring show descriptions, times, locations, and a funky little kitty logo: 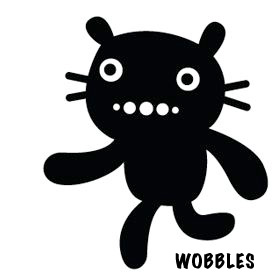 The Fringe Festival staff has spoken, and they’ve selected “Wobbles” for the name of their kitty mascot! Congrats to Nick Busse from St. Paul!

ellierahrahrae Horatio is a damn fine name for a kitty. #mp140

thequeengeek #mp140 I love the kitty that Fringe Fest is using and I wish his name was Fitz for F. Scott Fitzgerald. Fitzie! GO TO FRINGE IF YOU CAN!!

tophatlady Arpeggio: #mp140: Fringe in a nutshell –noun Music. 1. the sounding of the notes of a chord in rapid succession instead of simultaneously

HOARYHEAD Scat Cat – which is what the kitty must do to make all the shows it deems worthy – which of course is all of them! #mp140

lafromboise the kitty’s name is most definitely Spanky #mp140

OldSpiceGirl Name of Fringe cat “Jetta” because we have to run from one venue to next all the time. The cat can reflect that! 😉 #mp140

miketrost093 Is the cat a boy or a girl? Either way, i think Queen Kittypatra is appropriate. #mp140

RachelAnnFlynn Cat’s name: Rumpus. don’t ask me why; just trust me on this. #mp140