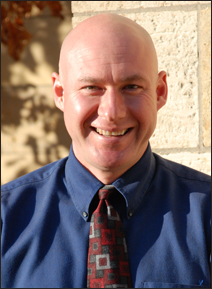 This news got buried with an announcement on Election Day, but it’s worth noting that Mike Hahm is St. Paul’s new director of Parks and Recreation.

He replaces the retiring Bob Bierscheid, who built quite a national reputation as St. Paul’s parks director for the past six years, and before that in Roseville.

The parks job is quite high-profile in St. Paul, which prides itself on a well-kept system of local parks, recreations centers, golf courses and, of course, Como Zoo and Conservatory.

Hahm, 40, has been running the Como complex for the past two years, the latest assignment in his more than 20-year career in the city parks department. It’s been a convenient post for him: it’s walking distance from his Como area home.

But starting in December he’ll take over the top parks job, with an office in downtown St. Paul and responsibility for the whole system.

He started as rec center leader at the Rice & Lawson rec center while in college at the University of St. Thomas. After graduation, with a degree in business administration, he was promoted to director at Orchard Rec Center.

Two years later he was moved to the downtown administration team, writing grants and working on administrative projects under former Director Bob Piram. When Vic Wittgenstein took the director’s reins, Hahm went over to special projects, handling golf courses, pools and major contracts. He also lead Harriet Island renovation and helped with the Grand Excursion of 2003.

With perennial city budget woes, he’ll be faced with maintaining a top park and rec program with less and less city funding.

Top of the to-do list: infrastructure renewal, which will include figuring out what to do with the Como pool, which earlier this fall was deemed unfixable.

“A community survey last year showed that the citizens agree with us that a top priority is reinvesting in what we have and taking care of it. And of course access and equity are always a priority,” he said.

As for budget cuts, that’s long been the case, he said. “Regardless of circumstances, we’ve  always made progress and been innovative. That will continue. The financial challenges will always be there, but the citizens expect us to do the best we can to give them value, within our budget resources.”