The first day of the recount trial Monday was marked by charges that Norm Coleman’s evidence had been tampered with.

That is, some of the ballot envelopes that Coleman lawyer Joe Friedberg wanted to show to the three-judge panel were poorly copied or had information redacted.

Here are some examples, supplied by the Franken campaign, showing the complete envelopes with notations and the altered versions.

You can see that election official notes explaining the reasons for a ballot rejection were cut off on some copies of the ballots. 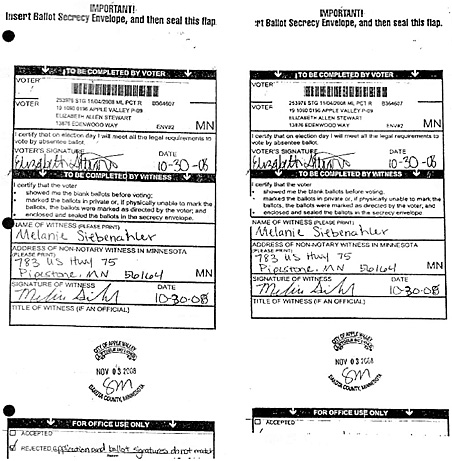 Coleman’s side is trying to show that some absentee ballots were rejected improperly. The Franken side is saying that there were, indeed, legal reasons for the rejections, but the Coleman side is offering into evidence incomplete copies of the ballot envelopes.

And in a few cases, Post-it Notes that explained reasons for a ballot rejection were removed or miscopied, also altering the accuracy of the copies. 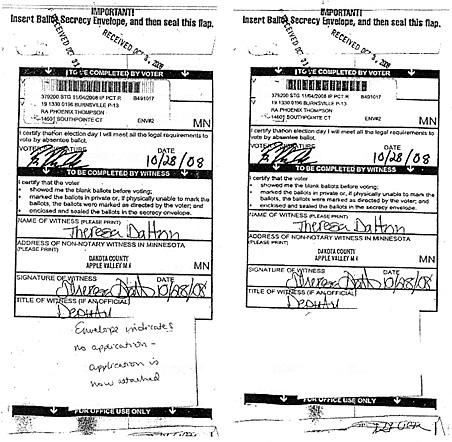