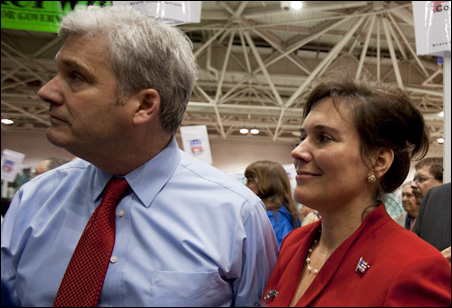 Within minutes of results of the second ballot being announced, Marty Seifert stepped to the podium and said, “Elect Tom Emmer the next governor of Minnesota!’’

The second, and final, ballot showed Emmer moving up to 56 percent of the vote, with 60 percent neeed for endorsement. Seifert held at 43.8 per cent.

Seifert had been the presumptive leader in this race for months, but throughout the winter months Emmer’s stock kept rising.

Seifert, who is only 38, said his political career is over.

“I will retire from the Legislature,” the Marshall representative said, “and go back to the city I love and the family I love.

Calling for unity, he left the podium.