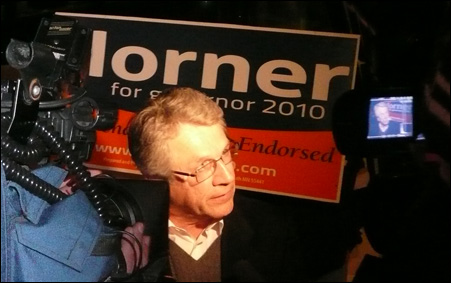 They traveled hundreds of miles on the final day of the campaign, and about 9:25 p.m. Monday night, the three buses — one with Independence Party gubernatorial candidate Tom Horner, one with his running mate, Jim Mulder, and one with his major booster, former U.S. Sen. David Durenberger — converged on Midway Stadium in St. Paul.

There wasn’t a crowd on hand, so plans to have a rally in the Saints ballpark were moved outside.

There, about 100 Horner backers chanted and heard Horner’s final speech of his campaign, talking about a “revolution of the radical center” and a change of the status quo.

Horner said he felt good about his chances Tuesday. Time will tell.