Earlier this week, legislators from both parties attended a “One Minnesota’ conference. The event was arranged — and paid for — by a number of organizations that believe that maybe there’s a way that members of both parties can set aside their rhetoric and do what’s best for the state.

This conference featured the usual array of team-building exercises, including one that had House Speaker Kurt Zellers and House Minority Leader Paul Thissen on separate islands, trying to direct people to the “Island of Hope.”

“Personally, Kurt and I get along very well,” said Thissen this morning during leadership briefings to the media.

Peaceful co-existence?
Does that mean that the Legislature — and, indirectly, the people of Minnesota — all are living together on the Island of Hope?

Although Thissen was sort of blushing as he talked about the conference, he did say it was filled with excellent talks and worthwhile thoughts. 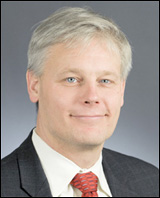 He also emphasized that it was not paid for by Minnesota taxpayers.

But, after the first real week of work in the Legislature, how close are we to the Island of Hope?

Though the Republican leadership, like its DFL counterparts, say that jobs and the economy are priority No. 1, the actual bills that likely are making the fastest headway through the process aren’t particularly close to those targets.

The Republicans, with some bipartisan support, would like to lift the ban on the building of nuclear power plants in the state. They also would like to require every voter to have an ID card.

Both of those measures fit closely with Republican campaign processes. Both would seem to have vthe otes necessary to clear the House and Senate. Both, finally, face an uncertain future if they land on the desk of Gov. Mark Dayton.

“We would like to address any concerns the governor might hav,”’ said Republican House Majority Leader Matt Dean at a morning news conference summing up the week at the Capitol. “And we want to make sure there are no unintended consequences [from a photo ID bill].”

Sen. Terri Bonoff, now an assistant minority leader, said that she believes Minnesotans will learn that there are all sorts of unintended consequences from what Republicans call a “common sense” bill. She spoke of both costs and of the simple fact that more than 300,000 Minnesota seniors don’t have a valid driver’s license, which in most cases would serve as the photo ID.

Thissen describes the bill as “a solution looking for a problem.” He noted that Minnesota long has led the nation in voter turnout and is nationally viewed as running clean elections.

Such things as photo ID bills do not focus on the priority issues in the state, he said. Lifting the moratorium on nukes shouldn’t be a high priority, either, he insisted.

“There’s not going to be a nuclear plant build for 15 years, at least,” Thissen said. “That this is somehow a jobs bill is a myth.”

These differences indicate that there’s still a way to go before Republicans and DFLers reach that elusive Island of Hope.

Dean said this morning that he believes House members will be coming forth with budget-cutting proposals in advance of the governor’s Feb. 15 budget speech. Dean wouldn’t specify where cuts might be suggested, but any such proposals are sure to raise passions in and around the Capitol.

So far, a respectful tone
Still, it should be noted that the tone, to date, has been mostly respectful among legislators.

Dean today tried to minimize the idea that Republicans might use constitutional amendments to pass controversial legislation.

“We’re not focused on constitutional amendments,” he said. “That talk is coming from the other side of the aisle.”

Pinned down, he wouldn’t rule out the possibility that amendments might become a part of his caucus’s strategy.

But for the moment, there’s a lot of talk about that Island of Hope, where all sides sit down and quietly work out their differences in peace and harmony.

Despite the understated tones, that island is way, way out there on the horizon.