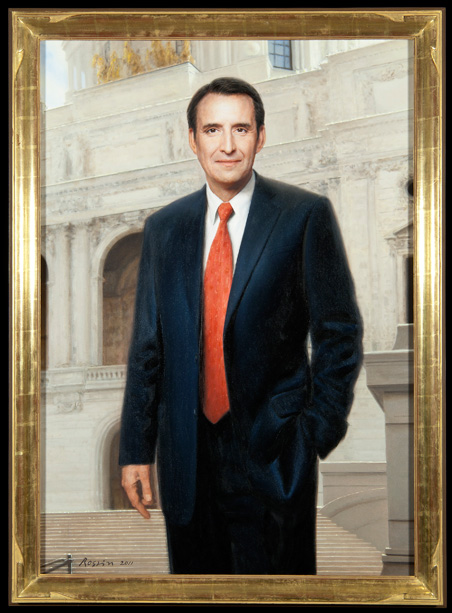 The official portrait of former Gov. Tim Pawlenty was unveiled Monday night and is being hung today in a hallway of the state Capitol, on the ground floor in the west wing at the south corridor leading to the Great Hall.

Rossin, a one-name Bulgarian artist with an international reputation, painted the Pawlenty portrait.

It joins the gallery of paintings of the state’s previous 38 governors. Many of the others included symbols important to the governor: Jesse Ventura has his hand on a replica of “The Thinker” statue, with dark, swirling skies in the background; Arne Carlson is wearing a University of Minnesota letter jacket; Rudy Perpich is with his wife, Lola.

The Pawlenty portrait has no symbols. And I’m not sure his face really looks like that.