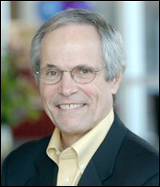 Peter Hutchinson has resigned as president of the Bush Foundation in St. Paul, after running the nonprofit since 2007 and leading a major reorganization.

The foundation says Hutchinson, 63, will continue “in an advisory capacity on select Foundation initiatives.”

A committee will begin a search process for a successor and “an interim organizational approach.”

Hutchinson has quite a public service legacy in the state: he’s been Minneapolis deputy mayor, chairman of the Dayton Hudson Foundation, state finance commissioner under Gov. Rudy Perpich, superintendent of Minneapolis schools and candidate for governor on the Independence Party ticket in 2006.

Bush Foundation Board Chair Jan Malcolm said in a statement:

“Peter Hutchinson brought exactly what the Bush Foundation sought in moving from a responsive grantmaker toward proactive funding to achieve specific strategic goals. The goals and strategies in each of our three areas of focus — student achievement, governance in Native nations, and community problem-solving through leadership development and citizen engagement — are on track. Our next step is execution and refinement of these strategies. Peter’s gifts of envisioning and bold goal-setting have served both the Foundation and the region very well. We are committed to finding as strong a fit in our next leader as we found in Peter almost five years ago.”

“On the day I started in 2007, the Board of the Foundation said unequivocally that they wanted to make a difference on the tough problems facing our communities. It took courage to make themselves accountable for what happens in teacher preparation, in Native nation-building, and in community problem-solving. I have been privileged to lead the work of redefining the role of the Foundation. My part in leading the journey is over, but the journey will continue, and I’ll help in every way I can.”