Senate Republicans on Wednesday authorized a nearly $85,000 legal-bill payment to cover potential litigation from a former GOP caucus staffer, ignoring DFL objections about the amount owed before a lawsuit had even been filed.

The Senate Rules Committee voted along party lines to approve the $84,683 bill, which comes from private attorneys preparing a legal defense against Michael Brodkorb, the former communications director for the Senate Republicans. Brodkorb was fired after GOP leaders revealed in December that former Senate Majority Leader Amy Koch had an inappropriate relationship with a staff member.

Brodkorb has indicated he may sue the Senate for wrongful termination and could name other lawmakers and female staff members who’ve had affairs in the past. The potential for a broad and lengthy lawsuit caused Democrats on the Rules Committee to question whether taxpayer dollars should go toward what they called a Republican issue.

Senate Minority Leader Tom Bakk, a DFLer, urged Republicans to set up a legal defense fund to raise money for the lawsuit. 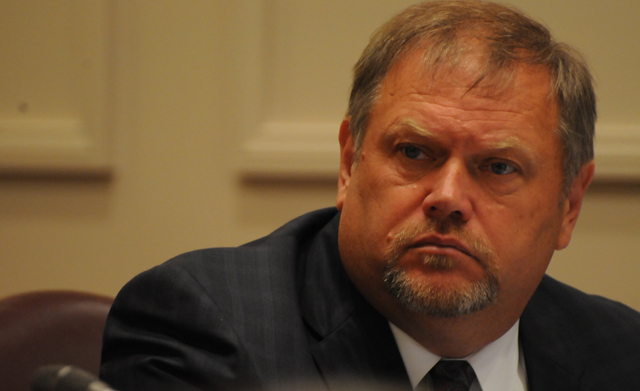 “This all stems out of internal caucus politics — who the majority leader is going to be — and I’m troubled obligating the taxpayer for something that really is internal,” he said. “I’m not asking the Republican Senate caucus to pay this bill. I’m just saying I think you in the majority should pursue the idea of a legal defense fund. This could be a lot of money and a long time.”

He also questioned how high the bill would get.

“I don’t have any interest in settling this out of court. I don’t think the Senate did anything wrong, but the cost of defending ourselves — who knows where this is going?”

Bakk’s remarks, which echoed concerns from other DFLers on the committee, caused a flustered Senate Majority Leader Dave Senjem to try to rein him in. Republicans have skirted the issue in other meetings related to the Brodkorb scandal, citing concerns that revealing too many details could put the Senate at a disadvantage in the event of a lawsuit.

He was also tight-lipped with reporters after the quick vote to approve the funding, declining to say if the Senate would attempt to settle with Brodkorb.

Senjem also said “at this moment, the answer is ‘no,’ ” to a legal defense fund.