When President Obama’s re-election was announced Tuesday night at the DFL election party in St. Paul, Minneapolis Mayor R.T. Rybak’s mom, Lorraine, jumped off the stage for a celebratory crowd-surf.

KARE-TV news has video of the action in the ballroom at the Crowne Plaza.

Rybak,  an early Obama backer, is known for his stage and crowd-surfing theatrics, and he soon followed his mom into the arms of the happy crowd. 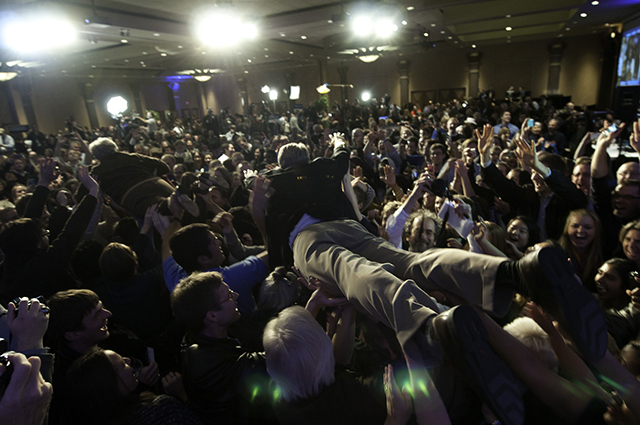