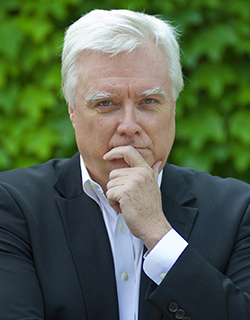 “I just broke the top 10 in political books on Amazon,” John Gilmore, co-author of the just-released and insider depiction of Michele Bachmann’s presidential campaign, told me today.

The book, “Bachmannistan: Behind the Lines,” was written with Peter Waldron, a consultant who worked with the Bachmann campaign in Iowa to win over evangelical voters during the Iowa caucuses in January, 2012. It breaks no new ground, and Waldron has given numerous interviews, to MinnPost and other news organizations, about concerns he had during the campaign.

But Gilmore says he hopes the book will serve as a primer on how the campaign disintegrated following missteps by the candidate and consultants who, he says, were more interested in hefty fees than winning.

“There was no reason in the world she should not have been one of the top three in the Iowa caucus,” he says. “She lost the evangelical vote to a Roman Catholic [Rick Santorum].”

James Pollack, finance chairman for the Bachmann for President campaign, called the book “a reprehensible piece of fiction.”

“This former staffer [Peter Waldron] with an ax to grind has been peddling these same reckless falsehoods, half-truths, and innuendos for well over a year in his attempt to maliciously smear Congresswoman Bachmann’s name. Doing this to someone of her immense character is despicable. Whether his motivation is an attempt to selfishly get 15 minutes of fame, or reap an economic benefit on this e-book, it is unconscionable.

“Congresswoman Bachmann always complied with all laws and regulations during her Presidential Campaign. To the extent this e-book claims otherwise, it lacks credibility, and is thus a reprehensible piece of fiction.”

The book not only reveals no surprises, it contains no scandals, although Gilmore says he was privy to information that he described as “salacious.” He says he chose not publish the information  “because I was a decent human being.” 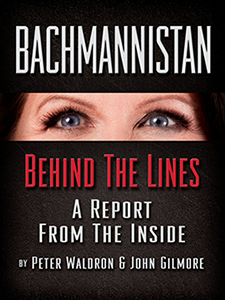 Gilmore, a lawyer, says he became interested in working on a Bachmann book through his friendship with Andy Parrish, Bachmann’s former chief of staff and campaign aide, who later became his legal client when the Office of Congressional Ethics interviewed Parrish about the campaign’s finances.

Parrish backed out of working with him the book, for reasons that Gilmore says he cannot specify, so he turned to Waldron, who had been contemplating writing about his campaign experiences. Parrish, Gilmore says, supplied about 10 percent of the information in the book and Waldron, the rest.

“Peter Waldron gave me the iceberg below the water line,” he says.

The book reveals that Gilmore is not a Bachmann fan. “Bachmann’s office would become legendary for its lousy constituent services,” he writes.

“Is it possible to be AWOL in your own campaign? Michele Bachmann for President would suggest as much,” is a line from Gilmore’s description of Bachmann’s over-dependence on her consultants, “the grasping class.”

While Waldron, in interviews, has suggested that Bachmann was a victim of poor choices, manipulation and plain exhaustion, the book portrays her as a diva. “I think at some point she believed her handlers’ hype that she needed to look presidential and that was the gloss that made her into a diva,” he says. “Being your own worst enemy doesn’t make you a victim.”

The book is available in an e-edition through Amazon.

Co-author of tell-all book on Bachmann: It’s primer on how not to run a campaign