MNsure Executive Director April Todd-Malmlov is out as head of the state’s troubled health exchange. 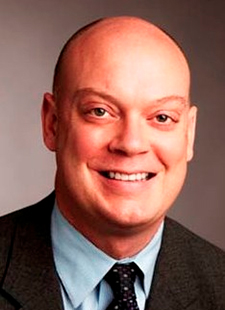 She stepped down Tuesday evening and will be temporarily replaced by senior Human Services official Scott Leitz.

Todd-Malmlov, who has led the exchange since its fledgling days at the Department of Commerce, stepped down after an impromptu teleconference meeting of the exchange’s governing board.

The move comes after numerous technical glitches have made it difficult for consumers to access accurate coverage information on the exchange, as well as problems getting customer data to insurance companies.

The issues, which Gov. Mark Dayton called “unacceptable” last week, were put in a poorer light when it came out that Todd-Malmlov and a Human Services official vacationed together in Costa Rica around Thanksgiving.

“The Board believes the organization is at a stage where it needs a CEO to manage both MNsure’s current challenges and position it for greater success in the future,” governing board Chairman Brian Beutner said in a statement distributed by MNsure.

“[Leitz] has been a proven leader at the Department of Human Services where he has managed a large and complex organization effectively,” Beutner added. “We are fortunate to have someone with his capabilities and his intimate understanding of MNsure available to step in quickly and lead us through these critical next few months.”

Leitz, who was assistant commissioner of health care at DHS, in the same statement, acknowledged that “MNsure must do better.” The governing board will conduct a national search to replace Todd-Malmlov.

The meeting that ended in Todd-Malmlov’s resignation was held in private at MNsure’s offices in downtown St. Paul.

Reporters camped outside the meeting were locked out of the MNsure office. A state spokesman came out after the meeting and handed out a prepared statement but declined to comment further on Todd-Malmlov’s resignation.

Gov. Mark Dayton wasted no time in commenting after the change:

“I commend the Members of the MNsure Board for their strong action to change immediately the executive staff leadership at Minnesota’s Health Insurance Exchange. I fully support their decision, and I have confidence in Scott Leitz’s abilities to lead MNsure as its Acting Chief Executive Officer.

“As I have said before — and have made emphatically clear to the MNsure Board — now is a critical time for Minnesotans, who are relying on this exchange to purchase good quality, yet affordable, health insurance. The recent problems some have experienced with MNsure are completely unacceptable. I am hopeful that this new leadership will lead to their swift resolution.”

But Beutner and Leitz will address the move on Wednesday at MNsure’s offices at about noon, shortly before a pre-scheduled meeting of the exchange’s governing board. 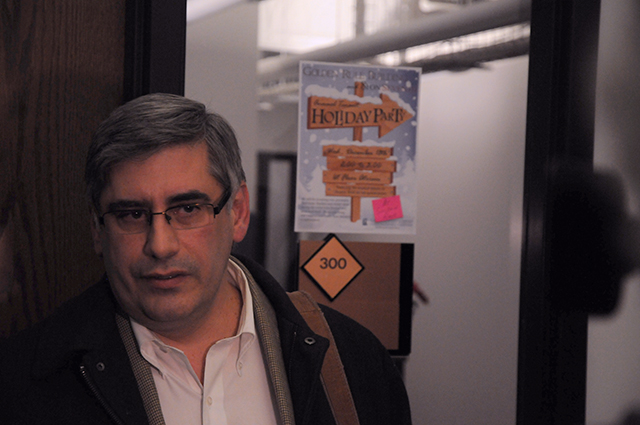 MinnPost photo by James NordDepartment of Corrections spokesman John Schadl handed out a release to reporters camped outside of the MNsure office suite in St. Paul on Tuesday, but declined to comment further.

“This change will position MNsure to focus on both the short-term need to fix key technology issues and its long-term mission of enrolling as many Minnesotans as possible in affordable healthcare,” according to the statement.

DFL Rep. Joe Atkins, the chief exchange architect in the House, thanked Todd-Malmlov for her service in a statement. He added: “Unacceptable technical challenges remain for Minnesotans trying to enroll with MNsure.”

Republican legislative leaders opened the week with doubts that MNsure would be able to get consumers coverage by Jan. 1, when the full federal health reform law takes effect. State officials and the insurance companies have said that Minnesotans will get private coverage if they pay by Dec. 23, and have assured public program enrollees that they will be covered as long as they complete the necessary steps.

“Tonight’s news offers no comfort to hardworking Minnesotans who are still unsure if they’ll have insurance coverage on Jan. 1,” House Minority Leader Kurt Daudt said in a statement on Tuesday evening. “For too long, Gov. Dayton and Democrats have ignored the reality that their new state agency, MNsure, is failing Minnesotans.”

Leitz was embroiled in a controversy at the Department of Human Services earlier this year, and an internal investigation named him in a report looking into special rates for the University of Minnesota’s Amplatz hospital. A group of human services lawmakers voiced their support for Leitz to DHS shortly after the issues came to light.