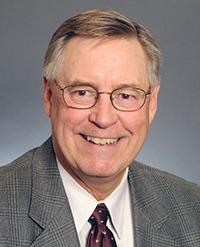 GOP Sen. Scott Newman announced his long-rumored bid for the attorney general’s office Thursday — a day before the state GOP convention — and kicked things off by pointing out that Minnesotans haven’t elected a Republican to that office since 1966.

That’s when former Republican Attorney General Doug Head was elected. Since his departure in 1971 there’s been a long string of DFLers in the job, including current two-term Attorney General Lori Swanson.

Newman, the only announced Republican candidate in the race, wants to change that.

“There has become a sense of entitlement to that office by the DFL party, and along with that sense of entitlement, gradually, I think there has crept into that office the idea that it’s OK to promote your own political views and political viewpoints,” said Newman, an attorney and two-term senator. “I do not agree with that. I think the attorney general’s job is to enforce the laws of the state of Minnesota.”

So what would the state’s first Republican attorney general in nearly 50 years look like if voters picked Newman?

A William Mitchell College of Law graduate and a self-described “country lawyer” — he hails from Hutchinson, about 60 miles west of the Twin Cities — Newman has dabbled in everything from real estate law to criminal and civil proceedings. He’s a former Hennepin County deputy sheriff, public defender and administrative law judge. He was a one-term House member.

Newman would also be a much more wonky attorney general than Swanson, who has spent much of her career focusing on consumer protection cases across the state. Newman is pledging to insert himself in administrative law and regulatory relief.

Newman would encourage the Legislature to cut back on state agencies and commissioners’ ability to do rulemaking — setting rules to enforce the state’s laws. He would also push the judicial branch to take away commissioners’ authority to have the final say in everything from licensing and permitting to violations.

“These state agencies are dealing with our businesses and our citizens…directly involving their ability to earn a living,” Newman said. “These agencies have the authority to deny, suspend your right to practice your vocation, [like] employment licenses. They can deny or grant a permit. They can issue cease and desist orders. They can levy thousands of dollars worth of fines. This is not some nominal problem we are having.”

Newman has an uphill climb to beat Swanson, who was first elected in 2006 over Republican Jeff Johnson by about 12 points. In 2010 she was re-elected to her second term by a similar margin despite a Republican sweep of the state Legislature and races across the nation.

Newman is also late in the race, filing the day before he heads to the GOP endorsing convention. Currently a state senator, Newman said he would return to that job if he loses the attorney general race in November.

Democrats are already pushing back on his candidacy, highlighting his authorship of the failed 2012 constitutional amendment to require photo identification at the polls to vote.

“A day before the Republican State Convention, the party finally has a candidate to run against Minnesota’s effective and proven Attorney General, Lori Swanson,” DFL Party Chairman Ken Martin said in a statement. “As a legislator, Newman has not served on commerce committees that deal with issues similar to those handled by the Attorney General’s Office. He’s voted consistently with his party and has supported constitutional amendments denying people the right to marry or to vote without identification; eliminating middle-class jobs; and deep cuts to the state’s public higher education system.”