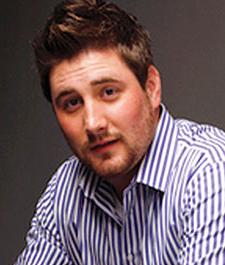 With a week to go before the Republican Party of Minnesota endorsing convention, GOP Sen. Dave Thompson has announced Brenton Hayden, founder of Renter’s Warehouse, as finance chair of his gubernatorial campaign.

Thompson, a state senator from Lakeville, also announced on Friday morning that Ryan Marvin, co-owner of Renter’s Warehouse, has agreed to take on an “active role” in his campaign for governor. Thompson is currently in a six-way race for the GOP nomination to take on DFL Gov. Mark Dayton this fall, but he’s one of only two major candidates promising to abide by the party’s decision next week.

“The competition in the Republican Party is fierce, however Dave has shown he has the sort of backbone and conservative values entrepreneurs like myself really appreciate,” Hayden said in a statement. “Dave has my full support.”

Thompson’s announcement caps a week full of activity in the race as each candidate tried to set themselves apart ahead of the convention.  Two candidates — Rep. Kurt Zellers and attorney Jeff Johnson — announced former GOP legislators as their lieutenant governor candidates, while former House Minority Leader Marty Seifert held a conference call to contrast himself as the only rural candidate in the bunch.

Thompson came in third in the race in fundraising reports released last month, but he had only $37,695 in cash on hand in April.  The two Renter’s Warehouse executives will host a fundraiser for Thompson with former professional boxer and entrepreneur Tony Grygelko later this month.