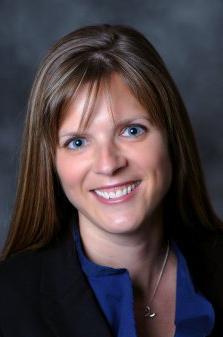 Erin Dady, who’s been chief of staff for St. Paul Mayor Chris Coleman since 2010, is taking a new job at the University of Minnesota.

Dady will be a special assistant to University President Eric Kaler, and will head the U’s Office of Government and Community Relations. She’ll succeed Jason Rohloff, who left Sept. 30 to be vice president for government relations at the College Board. Todd Iverson has been working as interim head of the office.

In announcing the hire, Kaler said:

“Erin is an outstanding leader with a strong record of success in solving complex public problems, motivating teams to achieve results, and effectively managing operational and budget challenges. She has the vision, qualifications, experience, and communications acumen that will be critical to leading Government and Community Relations, serving as a member of the president’s senior leadership team, and working effectively to further advance the excellence of the University of Minnesota.”

Dady’s new job includes lobbying for the university at the local, state and federal levels, and building financial support for the institution.

She’d previously worked as political director for Congresswoman Betty McCollum and been Coleman’s finance director in St. Paul before taking the chief of staff job.

Coleman, who was elected to his third term in 2013, isn’t considered likely to seek re-election in 2017. There’s been lots of churn amongst his aides this year. Besides Dady, the marketing director, deputy mayor, head of Planning and Economic Development and the director of communications jobs have all turned over.