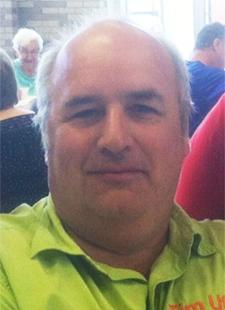 State election officials will hold a recount Thursday in the state House 41B race, despite the fact that it wasn’t even close.

Tim Utz, the Constitution Party candidate, has asked for the recount and will pay the $2,100 cost. He came in a distant third in the race, getting 1,924 votes, or about 13 percent.

The race was won by incumbent DFL Rep. Carolyn Laine, with 57 percent; Republican Camden Pike had about 29 percent.

The recount will start at 9 a.m. Thursday at the Anoka County Courthouse in Anoka, where officials from the Secretary of State will oversee the process with election officials from Anoka, Hennepin and Ramsey counties.

I’ve left messages with Utz to find out more about his recount hopes, and will add to this if/when I hear.

On his Facebook page, Utz notes that he’s received some contributions to help more than half the cost of the recount.

(UPDATE: Utz responded Wednesday night that five donors have chipped in to help pay the recount costs. “We had hoped to keep this process out of the media unless the recount showed a problem,” he said.)

He has run for the seat in previous elections, too.

In a pre-election roundup of the race, published Nov. 1, the Daily Kos notes: