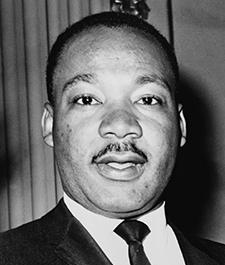 A series of breakfasts around the state this morning will honor the memory of Dr. Martin Luther King, Jr., and begin the national holiday that recalls his messages of justice and equality.

The 7 a.m. event will be broadcast to nine other locations, where there will be breakfasts and local events.

Those other locations are:

Among the other MLK events is a free gathering at Macalester College sponsored by the Governor’s Council on the MLK Day Celebration, with a ceremonial march, music and speeches. The schedule:

The 7:30 p.m. event is free and will feature IU Soul Revue ensemble, a part of the Indiana University African American Arts Institute. Also performing will be the U of M Carnaval world music ensemble and U of M School of Music graduate choral conducting student G. Phillip Shoultz, III.