The Obama administration, instead of becoming more forthcoming in the wake of recent criticism from shareholders of the Federal National Mortgage Association (Fannie Mae) and from Sen. Charles Grassley, R-Iowa, has become even more secretive.

That’s the word from Gretchen Morgenson, the New York Times journalist who relentlessly monitors the financial sector and the government agencies that regulate it. She cited the secrecy as yet another sign of a pattern that Margaret Sullivan, the public editor at The Times, has called the administration’s “unprecedented secrecy and attacks on a free press.”

Morgenson noted that earlier this year, Reporters without Borders (a Paris-based nonprofit that promotes and defends freedom of the press), dropped the United States three places to 49th in its annual ranking of press freedom. “That ranking puts us behind such countries as Namibia, South Africa, Chile and Niger,” she said. The report cited increased efforts by the U.S. government to track down whistleblowers and sources of leaks, particularly relating to national security.

Morgenson’s comments were part of a talk she made last night in Minneapolis. She was the featured speaker at the annual awards banquet of the Minnesota Chapter of the Society of Professional Journalists.

Fannie Mae is the huge, government-controlled entity which, together with its much smaller and younger brother, Freddie Mac, still dominates the market for purchasing and guaranteeing home mortgages. Shareholders of both entities have been hammered since 2008. That September, the federal government rushed to bail them out in the financial meltdown, with $187.5 billion in taxpayers’ funds. Now, finally back in the black, they have paid back $40 billion more than they received in the bailout, yet the government is still sweeping their profits into the U.S. Treasury.

Last month Morgenson reported on government secrecy that has followed the filing of a lawsuit by Fairholme Fund, a mutual fund company holding stock in both Fannie and Freddie. It charged in in the suit that the government’s sweeps are improperly taking private property. Morgenson reported that the sweeps are also preventing both companies from building up a larger capital cushion to absorb future losses, should they arise. 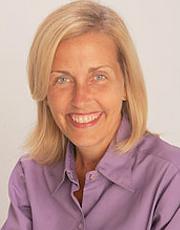 The government responded to the lawsuit by listing 231 documents as off limits in the case. It cited “presidential privilege” in 45 of the documents — emails, draft memos and news releases. Grassley has been pressing the U.S. Justice Department for more disclosures about the sweep and for documents being withheld in the Fairholme litigation.

But last night, Morgenson noted that since her column, the Justice Department has asked the judge presiding in the litigation to seal yet more documents. Lawyers for the shareholders “say they’ve never seen anything like it,” she said. “For the government’s part, it has said these documents, which date as far back as 2008, must be kept under wraps because they may roil the markets,” she added. “That is completely absurd.”

As for Wall Street, Morgenson also told her audience that when she came to The Times in 1998, “I had no idea that I would be in for 17 years of financial chicanery and crises, each one more damaging than the last.

“In fact, as a beat, Wall Street is the gift that keeps on giving.”