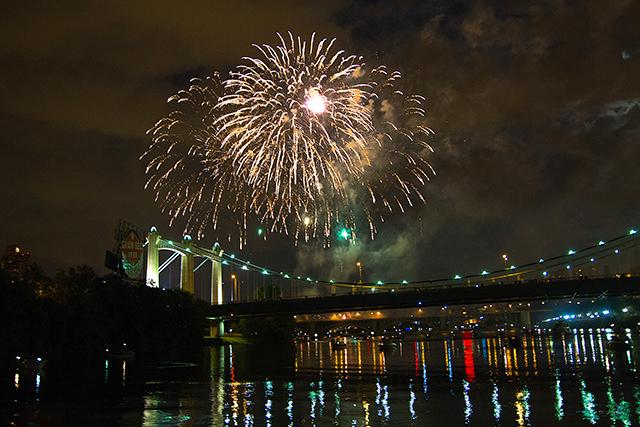 As you may have heard, the United States celebrates its 239th birthday on Saturday, July 4.

Because Independence Day falls on a Saturday this year, many businesses and government offices will take Friday off for the holiday. And though mail will be delivered on Friday, it won’t Saturday. Also, Metro Transit buses and trains will run on a reduced schedule Friday.

More important, there will be festivals, parades and fireworks in communities across Minnesota to honor the founding of the country. Here’s a sampling:

• After years at the state Capitol or Harriet Island, St. Paul’s fireworks show will be Saturday at the new Saints ballpark in Lowertown. The minor league baseball team has a game that night and the fireworks will go off afterwards, at about 10 p.m. Those not at the game can see the show from around the area, and officials are suggesting Mounds Regional Park or Lower Landing Park as good viewing spots.

• St. Paul’s St. Anthony Park neighborhood has an 11 a.m. parade Saturday with a daylong schedule of events in Langford Park.

• In Edina, there’s a 10 a.m. parade behind City Hall, and then there’s a concert and fireworks at Rosland Park at dusk.

• Taste of Minnesota, the food and music festival that ran for years in St. Paul, returns to Waconia this year, Thursday through Sunday.

• Duluth has an event Saturday at Bayfront Festival Park, with music starting at 4:30 p.m. and culminating with fireworks at 10:10 p.m.

A selective guide to 4th of July festivals, parades and fireworks around Minnesota