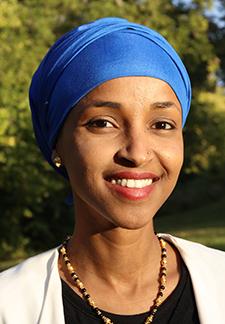 Omar, who most recently served as a senior policy aide to Minneapolis City Councilmember Andrew Johnson, has been talking to supporters about her candidacy for more than a week but formally announced her campaign in a news release Tuesday. She’s no stranger to campaigns in the district: Omar was at the center of a contentious intra-party battle in the district last election cycle, when former Minneapolis School Board member Mohamud Noor challenged Kahn for her seat. Omar was a vocal supporter of Noor.

Noor previously announced plans to run again in the district, setting up a three-way race for the DFL nomination.

Kahn is serving her 22nd term in the state House, having defeated Noor in an primary race last fall with 54 percent of the vote. But the race was contentious from day one: A precinct caucus meeting in the race ended abruptly in violence and Omar was sent to the hospital; Noor managed to block Kahn from getting the DFL endorsement; there were allegations of voter fraud.

Omar currently works on policy initiatives at Women Organizing Women (WOW) Network. Before working with the Minneapolis City Council, she was a child and family nutrition educator with the University of Minnesota Extension program.

House District 60B boundaries include Minneapolis Somali communities in Cedar Riverside and Seward, as well as Nicollet Island, Prospect Park, Marcy Holmes and the University of Minnesota.

“My public service and my experiences as an immigrant woman of color have taught me how important it is to include all voices in our democracy,” Omar continued. “Our district needs a representative committed to making sure everyone’s voice is heard. I am running to be that representative.”

Omar lives in the West Bank neighborhood of Minneapolis with her husband and three children.

Ilhan Omar to challenge Kahn in District 60B race