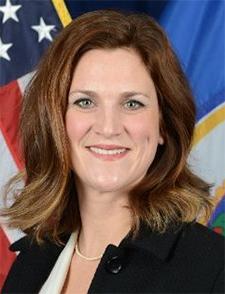 Emily Johnson Piper is the new Minnesota commissioner of Human Services. She has been the general counsel and a senior adviser in Gov. Mark Dayton’s office.

She replaces Lucinda Jesson, who was appointed Friday to the state Court of Appeals.

Lt. Gov. Tina Smith made the announcement today; Gov. Dayton is having back surgery at the Mayo Clinic.

Chuck Johnson, who has been deputy DHS commissioner under Jesson, will stay on as deputy to Johnson Piper.