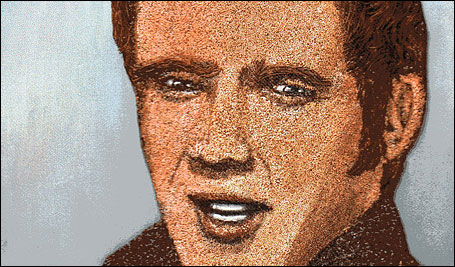 Cream of wheat, salisfy, bird’s-foot trefoil, and of course, the eternal problem of vermin eating the art. The growing number of crop-art practitioners needs no translation for these terms. For the layperson: the first three are materials allowed in the Minnesota State Fair’s annual crop-art show. (The fourth item should be self-explanatory.)

These artists, as well as devoted fans pining for a fix before next August’s Fair, now have a little something to hang onto during the hot-stove season: “Seed Queen: The Story of Crop Art and the Amazing Lillian Colton” by Colleen Sheehy (Minnesota Historical Society Press, $19.95 hardcover). Sheehy, education director and a curator at the Weisman Art Museum, will be signing her books at events Saturday and Thursday.

In “Seed Queen,” Sheehy chronicles the life of the Owatonna hairdresser whom she credits with bringing attention and respect to a form long dismissed as mere housewifely hobby. In the process, Colton inspired a new generation of crop artists and helped take the annual State Fair show from ho-hum oddity to must-see attraction, right up there with the big pig, and even the Fair’s fine-art show itself.

Sheehy makes an exhaustive case for taking Colton’s art seriously, tracing the work’s roots in diverse traditions such as mosaics and folk arts such as plant arrangements and embroidery. She also touts Colton’s draftsmanship, uncontestable to even the most casual viewer of her portraits, many of which achieve a striking likeness. Perhaps more striking, the medium adds another dimension to what would otherwise be skilled but pedestrian pencil drawings.

Skeptics — or art snobs, depending on your viewpoint — might remain unconvinced that Colton belongs in the pantheon of fine art, but they can’t dispute her influence, particularly on the State Fair crop art exhibition. Colton, who died last spring at age 95, “really took the exhibition to the next level,” declares Sheehy. 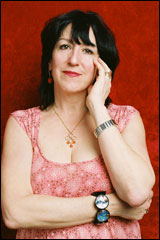 Plowing new ground
Starting in the mid-1960s, Colton began entering her seed portraits of famous people, living and dead, a radical departure from the standard staid images of, say, fruit spilling from a cornucopia. Her likenesses of such diverse personalities as Jesus Christ, Mother Teresa, Bob Dylan, Elvis Presley and Jesse Ventura (to name only a few) gave the show an irresistible popular appeal, and for the art-schooled in the audience a definite Pop Art edge.

“It was really sometimes an amusing blend of the famous, from the sublime to profane,” says Sheehy. Nor does it really matter that those juxtapositions were mostly random chance. (John Cage lives!) Yet irony played little or no role in Colton’s art-making process.

“Lillian really was interested in these famous people,” says Sheehy. “She was not very judgmental. Some subjects she chose herself.” For example, she did a portrait of Judy Garland “because she loved Judy Garland,” she said. “Or she’d see a photo of Barbra Streisand and think, ‘That would be fun to make.’ ”

While the newcomers’ work is still laced with deep affection and respect for Colton and the art, perhaps they’re more ambivalent about the medium.

Most have jettisoned Colton’s 3-D realism (which included painting onto the base of seeds), taking advantage instead of a flat graphic-design aesthetic. “And they bring a lot of wittiness to the whole genre,” says Sheehy, citing, among others, David Steinlicht’s renditions of Festal brand corn cans. (Steinlicht also created the seed art for the cover of the book.) Check out his and other artists’ work at the website he maintains here.

Others in the “new wave” include Cathy Camper (since decamped to Portland, Ore., where she recently had a seed-art show); Linda Koutsky, Sandra Fjerkenstad-Budel, and Joe Gagne, who has also created a seed-art kit. 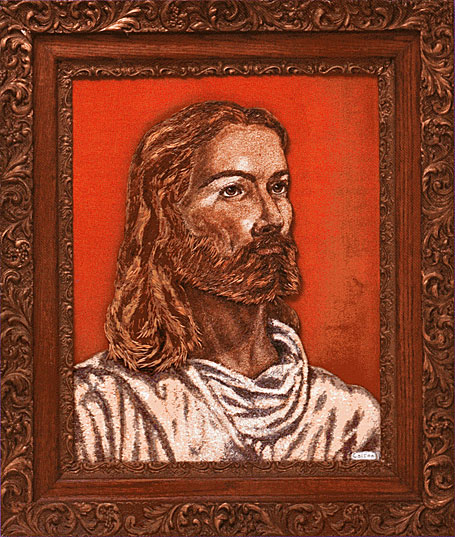 Seeds of political discontent
The Fair show also has proved to be, um, fertile ground for political art. Because subject matter plays no part in the judging process (the kinds of seeds do), younger artists have been able to create works that come with a sharp edge of commentary such as Laura Melnick’s 2003 “Curious George Looks for Weapons of Mass Destruction.” (Melnick will be giving a demonstration at the Weisman Museum on Thursday.)

The medium requires a certain obsessive-compulsive bent, Sheehy admits. What accounts for its attraction? Not a practitioner herself, “from what I can tell, it’s sort of meditative; there’s a flow when you’re really concentrating on something.” And the same creative choices of materials go into the work as in any art-making endeavor. (Canola or poppy seeds? Grits or corn husks?)

Uh, maybe, but artist Steinlicht says the show’s democratic vibe is a big part of the attraction. Pretty much every piece is hung, unless there’s patently offensive content — or the artist has used weed seeds, which are not allowed. That wide-open ethos compares with the Fair’s Fine Arts show, where only a few hundred entries out of thousands make the final cut. 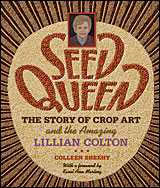 “You have an instant audience; it’s just astonishing. You enter it, it’s displayed,” says Steinlicht of the crop-art show.

Steinlicht, a Pioneer Press graphic designer, admits, however, that the medium is not for the faint of heart. “Yeah, it’s a lot of work. And the best part about it is when you’re done.” But, he adds, “It’s fun to put a twist on the traditional medium, and portray Jackie Chan in seeds, the video game We Love Katamari. The result is fun. It has a life to it because it’s made out of little bumpy things.”

While Sheehy says the form is practiced elsewhere, it has flourished here like nowhere else. Colton even had a show at the Minneapolis Institute of Arts in 2004. Sheehy says she’d love to see seed art integrated more widely into the art world, but doubts it’s likely to cross the threshold in major museums in, say, New York or Los Angeles. “They’re not that open-minded,” she says.

Minnesotans are, though. Just keep those mousetraps handy.

Judy Arginteanu writes about visual arts, design and other topics for MinnPost.