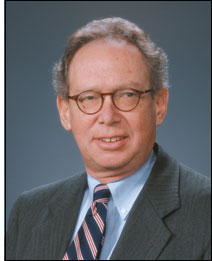 Gary Stern is about to go under the microscope.

In January, Stern, who is president of the Federal Reserve Bank of Minneapolis, will regain a vote on the influential panel that decides the direction of short-term interest rates. His return to voting-member status on the Federal Open Markets Committee comes just as the crises that have erupted in international financial markets confront the FOMC with tough new challenges.

Stern has become one of the deans of the Fed. He’s headed the bank here longer than any of the presidents at the Fed’s other 11 regional banks have led theirs.

He’s the only regional president whose tenure reaches back to the era when Alan Greenspan’s predecessor, Paul Volcker, led the Fed. He’s been attending the committee’s meetings ever since he became president here in 1985.

The Fed’s every move is being monitored unusually intensely these days — just look at the way the stock market seesawed Tuesday on speculation about whether or when it will cut rates again. Stern’s words will come in for particular scrutiny, partly because of his reputation as one of the Fed’s so-called hawks. The hawks tilt toward tight money and higher interest rates, while the doves lean to easier money and lower rates.

Will he be hawkish?
Which way will Stern go? Will he opt for higher rates, easing the threat of inflation? Will he favor leaving rates unchanged? Or cutting rates, which could recharge the faltering U.S. economy and prop up the choppy stock market?

Even Stern doesn’t know. Neither he nor anyone else can forecast economic conditions next year with any degree of certainty.

“I don’t consider myself to be hawkish or dovish,” he said in an interview. “I prefer not to be classified as one or the other.”

Stern, however, has left markers along his path that put him in the camp of the hawks.

There was his June 2006 column reiterating his support for “inflation targeting” — setting an explicit numerical target for the rate of inflation that a central bank tries to achieve. Inflation targeting is often associated with hawkish monetary policies. Many European central banks have embraced the practice. The Fed hasn’t, but chairman Ben Bernanke has warmed to it more than Greenspan did.

Stern thinks his hawkish reputation arises largely from his 1996 votes on the FOMC. That year, he was the sole dissenter at three consecutive committee meetings, voting to raise rates each time. The Financial Markets Center, which monitors the Fed, says his decisions came in the midst of a year-long period when his colleagues voted to hold rates steady.

But, says longtime friend Gene Sit, CEO and chairman of Sit Investment Associates in Minneapolis: “He’s not a hawk. He’s a pragmatist. He understands the difficult situation the Fed is in.”

The 12-member FOMC meets eight times a year. Stern’s return to voting status reflects the Fed’s policy of giving most of its regional presidents the vote once every three years.

Will 2008 end up being his swan song as a voting member of the FOMC? The Federal Reserve requires regional bank presidents to retire at age 65, but allows directors to make exceptions to that policy. Stern, who is 63, won’t comment.

No easy choices
Sit says the committee faces a dilemma. If it cuts interest rates too much, the decline in the dollar could cascade into a rout as foreign investors cash in their greenbacks to seek higher returns elsewhere. If it doesn’t cut them, it will boost the odds of a recession and spark more declines in the stock market.

He notes that the Fed has helped to steer resilient markets through serious crises before — for example, in 1998 when the collapse of the Long-Term Capital Management hedge fund threatened turbulence in the capital markets. But he warns that the magnitude of the threat this time is greater because of the expanded use of credit derivatives, which investors are spurning in the wake of the sub-prime mortgage debacle.

What has given Stern such staying power? For one thing, he got the job when he was just 40. Most of his contemporaries were much older when they became regional Fed presidents.

Friends describe him as a deep thinker able to efficiently sift through complexities. Fred Speece, a Minneapolis money manager, has worked with Stern on community affairs. Speece likens Stern’s problem-solving approach to the “Occam’s Razor” style exhibited by a 14th-century English philosopher. Occam was famous for his ability to shave away tangential arguments and rivet in on what matters most.

Under Stern, the Minneapolis Fed’s reputation continues to benefit from the bank’s close ties with University of Minnesota economists who advised the Fed here long before he came to town. Some of them, such as Nobel Prize winner Edward Prescott, are internationally renowned.

Keeping his Ferrari
U finance professor John Boyd, who has worked with the Fed here for years, remembers asking Stern if such great minds intimidated him. Absolutely not, Stern replied. “I inherited a Ferrari. Why would I want to get rid of it?”

Stern, a Milwaukee native, has a doctorate in economics from Rice University. Before coming to Minneapolis, he worked for seven years at the New York Fed. His wife, Mary K. Stern, retired several years ago from Sit Investment, where she was chief operating officer for mutual funds. The couple owns an apartment in Paris.

Under Stern, the Minneapolis Fed has reached out more to the community. He served as president of the Minneapolis Club in 2004, was chairman of St. Paul’s Northwest Area Foundation when it shifted its focus to poverty-fighting and has been a leader in state and national economic education initiatives. Another top bank official, research director Art Rolnick, laid the groundwork for today’s statewide drive toward enhanced early-childhood education.

Want more reasons to watch Gary Stern? On Monday, in a “lessons learned” speech to a risk forum in Singapore, he offered a fast-forward to the future. Noting the mounting troubles facing bankers who managed risks poorly, Stern warned that proposals to avoid more of such trouble could lead to adverse unintended consequences.

Yet another reason to keep an eye on him: his 2004 book, “Too Big to Fail,” which he co-wrote with Minneapolis Fed analyst Ron Feldman. In it, they suggest ways to curb widespread expectations that the government will bail out big banks. The book seems certain to command more attention from policymakers in the days to come, as some of the nation’s largest banks struggle more with their risk management failures.

So join the crowd. Keep your eyes and ears fixed on Gary Stern.

Dave Beal, a former business editor and columnist for the Pioneer Press, writes about business and the economy. He can be reached at dbeal [at] minnpost [dot] com.