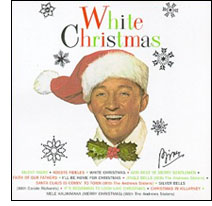 If WLTE‘s “wall-to-wall” Christmas carols already are driving you up the wall, don’t blame the program director; blame the hundreds of Minnesotans who requested it.

Minneapolis-based 102.9 Lite FM had been receiving 50 to 75 requests a day to begin its non-stop Christmas music, said program director John Lassman. He began the format at 5 p.m. on Nov. 14, much to the ecstasy (or agony) of Twin Cities listeners.

The timing seemed right, he said: “It’s before Thanksgiving, but it didn’t seem to be too far before. The Christmas displays are up, and people just kept requesting it.”

Lassman said the temporary holiday format is WLTE’s most-popular feature and a reliable ratings booster. “Problems seem to melt away when you can listen to an old favorite that brings back happy memories of Christmas and childhood.”

More than 100 stations across the nation will go to an all-Christmas format this year, attracting, on average, 10 percent more listeners, according to Edison Media Research. That number has steadily increased as more and more stations recognize the ratings-boost and increased ad revenue that Christmas music reliably elicits. The format began in the mid-’90s on adult contemporary formatted stations.

WLTE’s most-requested seasonal song? “It’s the Most Wonderful Time of the Year.”

That time is rapidly approaching, according to WTLE’s home page, which features a real-time Christmas Countdown, citing the days, hours, minutes and seconds remaining ’til Dec. 25. The ticking of seconds is enough to make any shopper or chef feel behind.

Derek Moran, the program director at rival KOOL 108 (KQQL-FM) in St. Louis Park, is currently deciding on the proper start date for its all-Christmas format. “I wait until I yearn for the yuletide,” he joked, “and when our listening audience is ready.”

Beating KOOL to the punch is a source of pride at WLTE. “It’s important for us to be the first and the leader,” Wassman said. “We’re the official Christmas station; the governor declared it two years ago. We’ve got the proclamation hanging in our office.”

Take that KOOL: They’ve got Tim — actually big Tim and Tiny Tim — on their side.

Local radio stations aren’t the only ones capitalizing on Christmas carols. Big-box retailers seem to have realized that when “Jingle Bells” ring, so do cash registers.

OfficeMax will join in on Black Friday, the unofficial start of Christmas shopping. With Thanksgiving falling early this year, that means employees will be subjected to 32 days of Christmas carols before Dec. 25.

“It makes me a little loopy,” confessed Jas Ringel, an associate at OfficeMax’s printing service, ImPress, in Inver Grove Heights. “Hearing it for eight hours, seven days a week — it’s too much. And since it’s on satellite, it’s the same songs over and over.