Christmas Eve, 1914: In trenches carved out of the fields near Ypres, Belgium, British and French troops peered across No Man’s Land at the Germans dug-in some 70 yards away. On the German side something remarkable was about to happen.

“All was quiet. No shooting. Little snow. We placed a tiny Christmas tree in our dugout. … We placed a second lighted tree on the parapet.”
—Hugo Klemm, 133rd Saxon infantry

“There was a lot of commotion in the German trenches and then there were those lights — I don’t know what they were. And then they sang ‘Stille Nacht.’ I shall never forget it. It was one of the highlights of my life.”
—Albert Moren, 2nd Queen’s Regiment

“Then one German took a chance and jumped up on top of the trench and shouted out, ‘Happy Christmas, Tommy!’ So of course our boys said, ‘If he can do it, we can do it,’ and we all jumped up. A sergeant-major shouted ‘Get down!’ but we said, ‘Shut up, Sergeant, it’s Christmas time!”
—Pvt. Frank Sumpter, London Rifle Brigade

Within moments, soldiers from both sides found themselves standing in the middle of No Man’s Land, unarmed, shaking hands, laughing and doing their best to communicate in a foreign tongue. During the next several hours, they would exchange gifts, share a little rum, pause to bury fallen comrades, play a game of soccer and sing Christmas carols.

Along with at least two recent books, this piece of history has inspired a new stage depiction: “All Is Calm: The Christmas Truce of 1914,” by Twin Cities director Peter Rothstein. The premiere production, opening Friday, combines three actors from Rothstein’s company, Theater Latte Da, with eight singers from the men’s vocal group Cantus. (Friday’s 10:30 a.m. performance at Westminster Presbyterian Church will be broadcast live on Minnesota Public Radio.)

Mulling how to tell ‘epic event’ on stage
As the founder of a company that looks for new ways to integrate text and music, Rothstein knew when he first heard the story of the truce that he wanted to bring it to the stage. The question was, how? How to evoke the powerful contrast of this shimmering glimpse of hope on a bleak midwinter landscape? 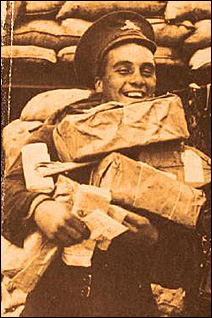 Courtesy of Theatre Latte Da
A happier moment in World War I.

“One of the challenges of thinking of it as traditional musical theater is to come up with an organic structure,” says Rothstein. “This piece is about a lack of conflict. The soldiers emerge from a confined, claustrophobic world to the glory of being above ground. This was an epic event. How do you create it on stage?”

Rothstein came up with what he describes as a “docudrama” approach, although he adds that he does not want it to come off as “a slide show that feels like a history lesson.”

To judge from Tuesday’s rehearsal, “All Is Calm” follows a path that has led Ken Burns to glory. Narration is kept to a minimum. Actors recite poignant passages from soldiers’ letters (including those above), then flatly intone the name of the writer. Music of the era hovers in the background, swelling to sustain the mood as spoken words leave off.

‘Radio musical drama’ rang true
But “All Is Calm” is not a slide show. The form that ended up making sense to Rothstein was “radio musical drama.” At the time of World War I, he says, “radio was becoming a primary communication tool for both the public and the army. It seemed like a logical fit.”

“In live performance, the approach asks the audience to engage its imagination to complete the story,” says Cantus Artistic Director Erick Lichte. 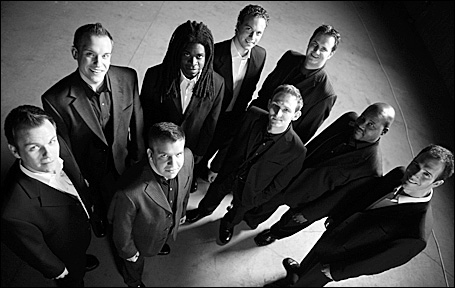 Courtesy of Cantus
“All Is Calm” is this year’s Christmas show for Cantus.

The story begins in summer 1914 as recruiters enlist young Britons to fight for King and country. The boys respond with bravado, confident the war will be over in a matter of months. By the time the Christmas truce has ended, they know the harsh truth first-hand.

Rothstein created the arc of his story this past summer from letters and official war documents that he found archived in London and Belgium. “The words [the soldiers] wrote have such power,” he says. “What we end up with is a plethora of voices telling a single narrative.”

Singing in the trenches with Cantus
Erick Lichte had a tough question of his own to face: how to make “All is Calm” a satisfying musical experience? “It’s a Long Way to Tipperary” is no one’s idea of a choral masterpiece.

“What’s fun for me is that it felt like composing one big 52-minute piece,” says Lichte, who arranged the music in collaboration with group member Timothy Takach. “The soldiers really did sing in the trenches. For songs like ‘Long Way’ I just told the guys to let their hair down and not worry too much about technique. Then we push to the other side — to what Cantus can do — negotiating our way to an eight-part arrangement of ‘Silent Night.’ “

Which brings up another issue. This is the annual Christmas show for Cantus. “Is this going to be too depressing?” Lichte wondered. “Do we have enough Christmas in it for our audience to feel like it’s their Christmas?”

Along with “Silent Night,” the singing soldiers of Cantus perform about 10 other carols in “All Is Calm.” That sounds like plenty, but Lichte is acutely aware of the expectations placed on a choral group at this time of year. There’s nothing wrong with a traditional Christmas concert, he says, “but you can lose perspective on what it means. For me personally, when we get to these songs [in ‘All Is Calm’], we get to a basic human need — what those songs are really about.”

Hopes and fears meet when “Silent Night” is sung. “The soldiers all knew the song,” Rothstein says. In the arrangement for this production, “They navigate their way to harmony, and it’s glorious.” But Rothstein did not want “All Is Calm” to be about “the glorification of war.” As the truce ends, the arrangement becomes cacophonous.

“When that happens,” he says, “you see the destruction of this harmony that’s been created.”