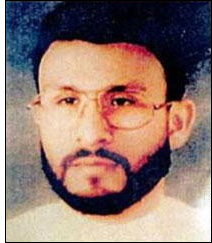 In the debate over interrogation methods, the spotlight often has turned to Abu Zubaydah, a Saudi Arabian man who President Bush has described as a “senior terrorist leader and a trusted associate of Osama bin Laden.”

Lacking scientific support, many who advocate aggressive interrogation methods turn to anecdotal accounts to show that harsh interrogation yields names and information that are vital to the United States’ national security.

Zubaydah provides a leading, yet controversial, anecdote. There is little dispute over allegations that he has been active in al-Qaida since the early 1990s, playing a role in terrorist operations around the world.

He was captured in Pakistan in 2002 and taken to a CIA facility in Thailand, where he was subjected to waterboarding and other controversial interrogation methods. Currently he is at the U.S. facility in Guantanamo Bay, Cuba.

His case resurfaced this month in the debate over an intelligence bill before Congress because the CIA destroyed videotapes of its interrogation of him and another alleged terrorist.

‘Vital piece of the puzzle’
The debate begins over the value of the information the CIA extracted from Zubaydah.

In a speech last year defending the CIA’s interrogation tactics, Bush said: “Zubaydah was questioned using these procedures, and soon he began to provide information on key al-Qaida operatives, including information that helped us find and capture more of those responsible for the attacks on September the 11th.”

For example, Bush said, Zubaydah disclosed that Khalid Sheikh Mohammed was the mastermind behind the attacks on the United States on Sept. 11, 2001, and he went by the nickname Mukhtar.

“This was a vital piece of the puzzle that helped our intelligence community pursue KSM,” Bush said.

But critics of the CIA’s tactics argue that Zubaydah was a marginal figure in al-Qaida’s operations and that most of the information he gave was useless or available elsewhere.

“He confessed to everything but knocking off the DQ on Franklin Avenue…and none of what he said was ticking time bomb material,” said Dr. Stephen Miles, a University of Minnesota professor and author of the book “Oath Betrayed: Torture, Medical Complicity and the War on Terror.”

Different tipster
The Washington Post reported last year that the CIA had Mohammed in its sights in August 2001 and had identified his nickname as Mukhtar.

Further, the Post reported, a different tipster had led the CIA directly to Mohammed and collected a $25 million reward. The Post cited Ron Suskind’s book “The One Percent Doctrine” as the source of that information but said unnamed intelligence sources confirmed it.

Zubaydah is “regarded as mentally ill by a number of people,” Miles said.

And the CIA’s harsh tactics with Zubaydah were unnecessary because the FBI extracted much of the same information from him with less controversial interrogation methods, said Douglas A. Johnson, executive director of the Center for Victims of Torture in Minneapolis.

“The torturers are desperate to show that what they did had some excuse to justify it,” Johnson said.

Congress is trying to bar the Central Intelligence Agency from using waterboarding and other harsh interrogation tactics that many argue are torture. Experts who have studied torture say that many of these kinds of tactics simply don’t work. [LINK]