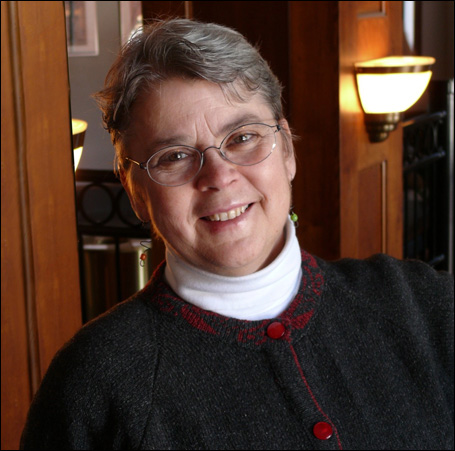 Courtesy of Annette Atkins
“People’s lives in the past were every bit as complicated and dense as they are now,” says historian Annette Atkins.

It’s that paradox of modern times: Retailers employ imagery from the past to cajole Americans into spending their holiday budgets on electronics. Horse-drawn carriages, stovepipe hats, families gathered around the radio — these aren’t our holiday memories, and they have nothing to do with iPods. Yet marketing experts roll out these hoary scenes because we’re a nation in love with the past.

History titles dominate the nonfiction best-seller lists. We’re processing wars past in Thomas Friedman’s “The World is Flat,” Tom Brokaw’s “Boom! Voices of the Sixties,” Jeffrey C. Ward’s and Ken Burns’ “The War: An Intimate History 1941-1945,” Joseph J. Ellis’ “American Creation” and Rick Atkinson’s “The Day of Battle.” And Mildred Armstrong Kalish’s dark-horse granny memoir, “Little Heathens: Hard Times and High Spirits on an Iowa Farm during the Great Depression,” feeds the enduring idea that people were happier when they had less stuff.

“People’s lives in the past were every bit as complicated and dense as they are now. There wasn’t a simpler path back then,” says Annette Atkins, historian and author of “Creating Minnesota: A History from the Inside Out” (Minnesota Historical Society Press, 2007). “Wouldn’t it be nice if we all lived in simpler times? But I don’t think they were simpler. I think the form of the complication is different, but things were no less complex.”

Atkins’ book examines Minnesota life during the past 150 years, and finds that it’s not the landmark events, but the domestic tales — the ways we worked, reared our families, furnished our homes, dined and played in the past — that keep us hooked on history. Here’s what she had to say in a recent interview.

MinnPost: Were people happier in the past?

Annette Atkins: I think we had a different notion of what it takes to be happy. In the 20th century we increasingly thought that the accumulation of things would make us happy.

MP: Why are we craving nostalgia?

AA: Maybe it has something to do with family. In contemporary America we have this definition of traditional family. We took care of parents; everyone got along. And people look at that and think, “If I did things differently, my own family could get along.” I don’t know anyone in happy families, but maybe there were in the past. But families have always been complicated. Maybe it’s something in the nature of family itself, where you have such deep love and such deep conflict. Maybe we get released from that agony when we really look at the past. People are doing so much genealogy these days, there’s just a mania for genealogy. And people are finding out all sorts of stories that don’t fit that stereotype, but they keep looking, and then it gets more interesting. 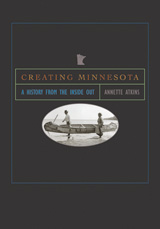 MP: Do you think the history craze also has something to do with being a country at war?

AA: All those books that are populating the best-seller lists are about heroic America, about Americans who are doing good or trying to do good. Maybe we need to hold on to that right now. Maybe in Iraq we are doing good. But maybe we aren’t certain we’re doing good, or our confidence in doing good has been shaken, so we need to look back for reassurance. But note that the history books that are being read right now don’t have much to do with Korea or Vietnam. They are about shining moments in the past rather than contested moments or conflicted moments.

MP: Are we about to start processing Vietnam?

AA: I think when we are out of Iraq we can start to ask more questions about those wars without feeling unpatriotic. Then we can start subjecting what we have done to the kind of historical critique that right now has been held in check.

MP: You write about “Minnesota Nice” in your book. Is our temperament going to warm up as newcomers arrive from more demonstrative cultures?

AA: What I hope we can learn from other cultures is that sometimes conflict is the doorway to greater understanding, better connection, more solid alliances, and that it’s not always the doorway into chaos.

AA: Race is still an issue in this state that’s still very difficult to talk about. I think many Minnesotans think not being racist may mean, “I don’t notice that people are different than me.” But we do notice. And that doesn’t feel right to the people not being noticed. One of the things we do in Minnesota is hide difference and never come to terms with what that really means to us. We’ll just say, “That’s interesting.” And then you can do your thing and I can do my thing and we coexist but never appreciate each other. There is a lot about Minnesota Nice that is really nice, and there is a lot about it that really strangles us, and that’s impacted our history.

MP: Your readings turn into free-form discussions as people bring their own stories. You must be hearing some great stories. Any you wish you could squeeze into the book?

AA: In the 1880 Federal Census Enumerations, there were women in Minnesota who were identified in their occupation as prostitutes. In Stillwater, there was a woman who is identified as a prostitute, living with her father-in-law, with a child, and with several other women who were identified as prostitutes. It looks to me like she’s supporting her father-in-law and son with prostitution. That partly tells us a story about the limited economic opportunities for women, but also about economic function — that prostitution isn’t about sex, it’s about the economy, and about the lengths people will go to support their families. I wish that I’d had a few sentences about that in the book.

MP: You teach history at the College of St. Benedict. Are students more interested in history?

AA: Yes — they are coming back! For a while they were moving into other areas. I think maybe it’s the influence of the History Channel. It’s not just the programs about war, but that it’s returned us to the idea of history as compelling, wonderful stories.

MP: What are you reading these days?

AA: I’m reading the most wonderful little book. It’s called “The Uncommon Reader,” by Alan Bennett, an English playwright and writer. It’s a tiny little book about Queen Elizabeth, the current queen, about becoming a reader and how reading influences her life.

Amy Goetzman writes about books, authors, libraries and the literary scene for MinnPost. She can be reached at agoetzman [at] minnpost [dot] com.

In “Creating Minnesota,” Annette Atkins discusses the importance of oranges at Christmastime in Victorian Minnesota. We take it for granted today, but when the fruit first traveled 1,500 miles to our wintry state it was a marvel. Atkins will discuss this and other ghosts of Minnesota past at the Hennepin History Museum‘s annual Holiday Tea, 2-4 p.m. Dec. 16.

As Minnesota prepares to celebrate its sesquicentennial in 2008, Atkins will make frequent appearances throughout the state.