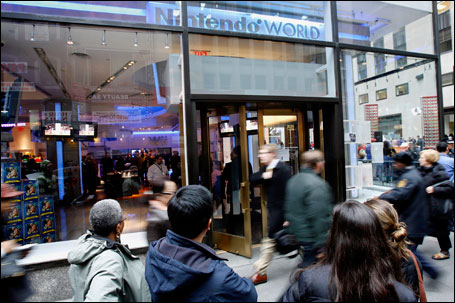 Hannah Roberts was only 6 when the words lifted from her lips: “I want an iPod.”

Her parents, iPod owners who had given their daughter a hand-me-down Dell laptop when she was 4, were not surprised. They weren’t opposed to the request either.

Hannah’s mom surveyed used iPods on Craigslist, reporting that the lowest price was around $50. Then Hannah set to saving, stashing spare change and bills in a nightstand drawer. Her seventh birthday netted $30 from Great-grandma Ruth and $5 from Great-aunt Betty. Cleaning the bathroom earned the final $5, and then, with help from Mom and Dad, Hannah purchased a used iPod nano.

Her mom locks the volume to limit hearing damage and actively monitors the music. She’s rejected Justin Timberlake’s “SexyBack” and the Black Eyed Peas’ “My Humps.” But for a 7-year-old, Hannah sports a fairly eclectic iTune collection, ranging from the Beach Boys to the Cheetah Girls.

Purchasing an iPod has taught Hannah responsibility, says Rebecca Roberts, a St. Paul mom. “She takes good care of her iPod, and she’s very mindful of not leaving it in the car.”

Plus there’s the financial lesson: “I think Hannah understands that if you save up, even a dollar here and two dollars there, it eventually adds up to a nicer, larger-ticket item. She doesn’t need to spend her money as soon as she gets it, which she used to do.”

High-tech toys for holiday season?
Roberts’ ability to turn a worrisome request into a positive result bears considering this holiday season. The dense field of rapidly evolving, high-tech and high-priced toys has made holiday shopping harder than ever. Parents must determine what is a reasonable gadget at a reasonable price for a reasonable age.

Negotiating these decisions requires thorough research, careful deliberation and a measure of good luck: that the Nintendo’s popular game console Wii doesn’t break, that a cooler version doesn’t come out in February, or that your son’s best friend doesn’t get one after you’ve ruled it out.

There are hidden costs behind every price tag. Extra games, additional cables, increased memory and extended warranties can quickly add $100 or $200 to the cost of an electronic.

There are misleading claims, too. A promise that a digital photo frame holds 150 pictures, for instance, depends on the size of the pictures.

Not to mention service plans. The iPhone costs $399, but the minimal monthly service fee is $60, raising the actual cost of one year’s use to more than $1,000. And the one-year warranty included in the iPhone purchase doesn’t cover an owner who drops or breaks the mobile device.

This doesn’t deter some parents, says Joseph Schwartz, a sales representative at the AT&T Store at the Mall of America, where the iPhone is a hot attraction.

Half a dozen parents bought iPhones for their children’s Christmas gifts before Halloween, Schwartz says. Now it’s really busy. One out of five customers is 15 or younger, a demographic that finds the iPhone irresistible, he saysd. “If you have the iPhone, people are going to stop and ask you about it, so young people like the attention it attracts.”

Understanding the iPhone’s functions is not a prerequisite to coveting it, Schwartz adds. “Youngsters don’t grasp the features if offers,” he says, “but they’re very willing to learn.”

Teens and preteens resort to a wide range of arguments to persuade their parents they deserve an iPhone, showing a preference for playing the academic card. “If a mom is saying no and a teen is arguing, it’s probably, ‘Well, I could use the Internet on here if our Internet breaks down. I could download research and type a school paper on here,’ ” he says.

Price points can complicate decisions
Lower-priced electronics also can confuse discerning parents. Jan Storms, a Shoreview mom, recently bought a digital photo frame, and now she’s struggling to compare it with digital frames at other stores. Does a lower price, she wonders, mean lower quality? Meanwhile, the most critical measuring stick appears absent: None of the frames she’s examined state their memory capacity.

In other cases, vast storage is unnecessary. Dave Bins, an IBM network analyst from Eagan, is shopping for a reasonably sized iPod for his 13-year-old son Michael. “I’m looking at the 4-gigabyte nanos because they’re a little cheaper, and he really doesn’t need something that’s going to hold 2 zillion songs instead of 1 zillion.”

The iPod will be Michael’s second. Last summer, he jumped into the Atlantic Ocean with a month-old iPod and a Crazr phone in his pockets, ruining both. “It was a very expensive little dip in the ocean,” Bins says.

He’s relieved that Michael doesn’t want an iPhone, which his 13-year-old friend has.

Most people consider 13 too young to own such a product, but what about an older teen? Jack Basten, 17, a Mounds View High School junior from North Oaks, has far more cell-phone experience and considers himself a responsible iPhone owner. His mom bought him an iPhone the second day it was available, linking the $499 purchase to his upcoming birthday.

The teen’s response to the iPhone indicates he’s not the ideal owner. “I like being able to play music, and going on the Internet from pretty much anywhere is a nice thing. If I had a bet with my friends or something, I can just type it into my phone,” he says. “I was depressed by its lack of games, but I suppose it’s a professional type of phone.”

Basten has never lost his iPhone, though he has dropped it on the carpet multiple times and once on the road, which left a scratch.

“I feel a little spoiled ’cause my parents just gave it to me, and I didn’t put any work into it,” he says. “But I try not to show it off, so I’m using it for its purposes; I’m not trying to use it to be cooler.”

"I am very concerned that well-intentioned parents are establishing bad financial habits for themselves and for their children," says Carolyn Oberfeld, a certified financial planner with Superior Financial Group in Minnetonka.

"Trying to teach kids not to want 'the latest thing' is not easy in a commercialized world," Oberfeld says. "Parents often get sucked into feeling like they need to give their kids more even when they can't afford it. That is why the average household in the U.S. has over $10,000 in credit card debt."

Jeff Jarnes, a fellow parent and a financial adviser with Fortune Financial in Minnetonka, agreed. "It's important to teach kids they can't just have it all, (that) there's not an automatic entitlement."

These are their tips on reasonable spending this holiday season:

· Make the child contribute to a big purchase in some way, by raising one-third of the price, doing extra chores or earning good grades.

· Combine a birthday and holiday for a large gift or use money from multiple relatives so children learn big-ticket items don't come easily.

· Require the child to demonstrate proficiency in a gadget before buying it.

· Consider the likely applications of an electronic. Will it serve practical functions? Is it prone to become an addiction or a distraction from homework?

· Force the child to wait for a lower-priced, superior version. Help them recognize the rapid-release cycle of electronics.

· Demonstrate other valuable uses of money besides tantalizing toys. Announce that gifts will be smaller this year because the family is saving for a trip to Europe or donating to a charity.

· Talk to an electronics employee where you're shopping. Describe how your child will use an item and then ask if there's a more apt product.

"Children learn by example," Oberfeld says. "Whether it's by doing extra chores or saving up gift money and allowance money to help with the cost, waiting for the price of technology to go down or by compromising on something less expensive, these are all valuable long-term life lessons that can be wrapped up in a pretty Christmas bow."