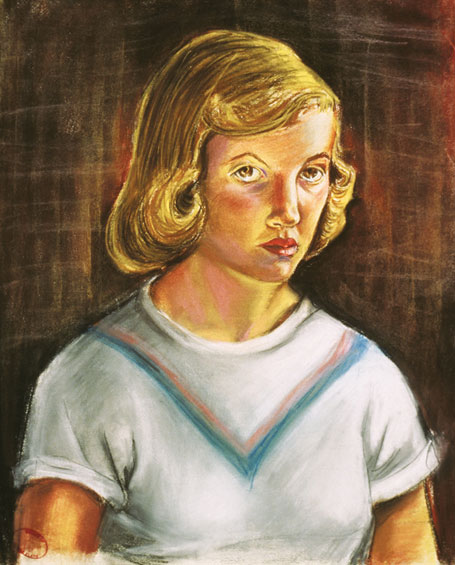 We’re in the heart of the coffee table book-selling season, and an impressive book from a local publisher is attracting attention and raves from media outlets like the BBC and The New York Times Book Review.

The Times of London called it “one of the most fascinating books of the year,” and the Financial Times named it one of the best books of 2007. The December edition of Oprah Winfrey’s O magazine opens with a story about it by Francine Prose.

It’s now on the verge of selling out its first printing of 10,000 copies.

Not bad for a coffee table book, or more specifically a “picture book for adults,” as Marianne Nora describes it. Nora is executive director and founding editor of Mid-List Press, a small nonprofit publisher based in her home in South Minneapolis.

200-plus famous writers and their artwork
The book is Donald Friedman’s “The Writer’s Brush” (Mid-List Press, $40), a 6-pound behemoth that features the magnificently reproduced artwork of famous writers from Johann Goethe to Sylvia Plath. Some dedicated readers know that many writers, past and present, also drew and painted.

Evelyn Waugh, for instance, drew the illustrations for many of his early novels. Max Beerbohm was as celebrated an illustrator as he was a writer. The same goes for James Thurber. Nevertheless, this new 450-page book is full of surprises.

William Faulkner drew sleek illustrations of campus life for the University of Mississippi’s magazine, Ole Miss, illustrations that look as though they were done for an F. Scott Fitzgerald novel rather than by the creator of the Snopes clan in Yoknapatawpha County.

Poet Marianne Moore’s haunting picture of a house shows that she might have been as successful a painter as she was a poet. In Friedman’s meticulously researched essays, we learn Sylvia Plath created more art than literature when she was a student. And when she began to write, her work was often preceded by a sketch of what she wanted to write. Her “Two Women Reading” graces the dust jacket of “The Writer’s Brush.”

In all, more than 200 writers and 400 reproductions of their paintings, drawings and sculptures appear in the book. Essays by Friedman, John Updike and William Gass offer insight into the writers’ artistic pursuits. 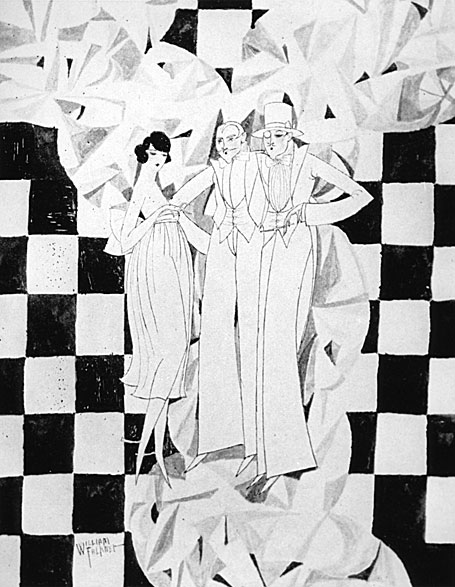 A home for mid-list books
How did all this happen at a little publishing house founded in 1989 in Minneapolis? Nora explains her press was named at about the time that big publishers stopped publishing “mid-list” books, books that would not show a quick profit. Mid-List publishes four or five books per year.

“We think the mid-list tradition is a wonderful publishing idea, and we want to take care of the 54 authors we have so far published, keeping their books in print as long as we can,” she says. “We want to make a home for these people.”

She cites the three books by Mary Logue that Mid-List has published as well as the reprint of Dr. William Nolen’s “The Making of a Surgeon,” which, she says, “just seems to keep on selling.”

New York attorney Donald Friedman, author of “The Writer’s Brush,” first sought out Mid-List when New York publishers told him his novel, “The Hand Before the Eye,” was too “mid-list” for their tastes. That novel won Mid-List’s prize for best fiction in 2000.

Friedman told Nora about his interest in collecting stories about paintings, drawings and sculptures by people primarily known for their writing, but he worried that New York publishers would turn him down again.

Mid-List took on the task. Friedman worked for years to find more art and more writers and recruited help from people who solicited permission-to-print agreements and the like.

Then Lena Tabori stepped up to the plate. Tabori, a prominent New York art book publisher, agreed to help distribute “The Writer’s Brush.” As it stands today, giant Random House is marketing the book for Mid-List.

Now that a second printing is imminent, Marianne Nora is breathing easier, but she would still welcome any and all donations to her cause. (Consider that her 2006 revenue was a whopping $26,455, according to financial records kept on the 501(c)3 nonprofit by the state.)

So far, the book is a break-even venture, says Mid-List Press publisher Lane Stiles, who designed the pages of “The Writer’s Brush.” To keep the book’s list price to $40, the publisher turned to Lotus Printing in Hong Kong to print Mid-List’s first full-color book. If Mid-List ends up publishing a soft-cover version, he says, it likely will use a local printer.

The worldwide attention has been gratifying. “We knew from the very first that the book would make it if it got out there,” he says. “We knew that people who are interested in writers would find it a really interesting book and understand it very quickly.”

The book is arranged alphabetically by author. “You see the name first, then you see the image (of the art by the author), and it has a huge impact,” he says. “You either have the sense that it’s exactly what you expected (from the author) or a cognitive dissonance — that you never would have guessed a writer would have that style.”

And, one might say, unselfish. With most run-of-the-mill coffee table books costing $45 to $75 or more, you can buy this one, which is suitable not just for a coffee table but also for a reference library, for $40. How so?

“Part of our mission,” explains Nora, “is making our books accessible to everyone. Our picture book for adults costs little more than your average hardcover novel.”

Dave Wood, a former books editor for the Star Tribune, is an occasional contributor to MinnPost.

Amazon.com has a video interview with Kurt Vonnegut discussing his artwork.