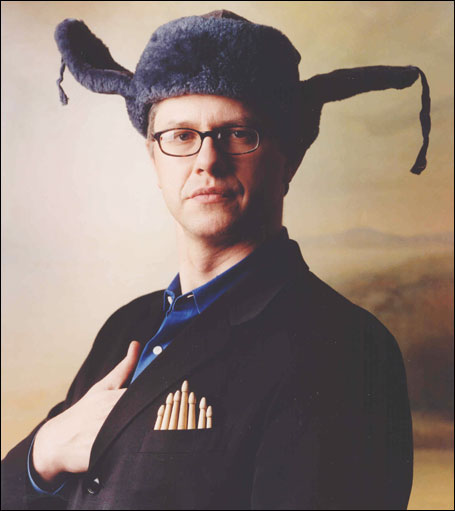 Poetry and jazz are natural partners. Poets write poems about jazz, poems shaped by the sound and feel of jazz, and poems meant to be read aloud to jazz accompaniment. Lawrence Ferlinghetti collaborated with tenor saxophonist Stan Getz.

Poetry and jazz met in the proto-rap recordings of Gil Scott-Heron (“The revolution will not be televised”), and they meet every Monday at the Artists’ Quarter in St. Paul for Open Poetry night. Some jazz singers (Jon Hendricks, Kurt Elling) write poetic lyrics to instrumental jazz tunes.

Personal ties to poet
As a child, jazz drummer Matt Wilson discovered he had personal ties to Pulitzer Prize-winning poet Carl Sandburg. Both have roots in west-central Illinois. Wilson’s great aunt was married to Sandburg’s first cousin, Charlie Krans; Sandburg stopped by the Krans farm in Galesburg, his own hometown, in 1953 and documented his visit for Life magazine (“I Went Back to Galesburg,” Feb. 23, 1953).

Studying to be a musician, Wilson discovered a poem by Sandburg called “Jazz Fantasia” that reads in part:

Go to it, O jazzmen…bang altogether drums, traps, banjoes, horns, tin cans—make two people fight on top of a stairway and scratch each other’s eyes in a clinch tumbling down the stairs.

Those words could get a young jazz artist’s blood going. To Wilson, the poem “solidified my notions that Carl was indeed a serious hipster. I mean, he had the best hair. I feel he has not been given the recognition he so deserves. Whitman was cool, but Carl rocked! Plus he dug jazz.”

Liberated from limitations
Something else jazz artists appreciate is freedom. Wilson liked that Sandburg’s style was “free of rhyme, free of meter, and free from the governing rules of verse.” It is also free of pompous or arcane verbiage. Sandburg used the ordinary language he heard every day, what he termed the “American lingo.”

He often mixed poetry and music in his public performances, and so does Wilson. The Carl Sandburg Project, which comes to the Minnesota Opera Center on Friday, Dec. 7, is both homage and opportunity for Wilson to stretch his own considerable limits of performance, composition and improvisation.

Commissioned by Chamber Music America, presented here by Jazz is NOW! with the Minnesota Opera, the project has toured on and off since 2002. You can listen to some of the Sandburg project here. Writing for NYRock.com, Bill Ribas described it as “eccentric, full of laughs and good-spirited fun.”

I asked Wilson what that meant, since most people don’t equate jazz with laughs or poetry with fun, or the other way around.

“It will make you laugh as well as cry,” he explained. “It rocks, it soothes. It is a multisensory production. Music should be fun, right? We’ll have fun and you’ll have fun.” 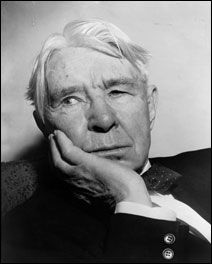 Embracing the poetry
The project features Jeff Lederer on saxophone, Ben Allison on bass, Dawn Thomson on voice and guitar, and Wilson on drums. “We move through a wide range of sonic landscapes and embrace the poetry through song, readings and as inspiration for the pieces,” Wilson said. “I have some new pieces that I am anxious to debut, including a groovy song set to ‘We Must Be Polite,’ a poem instructing children on how to behave when they meet a gorilla or if an elephant knocks on their door.”

Will we hear Carl Sandburg read his poetry? “I do a piece with Mr. Sandburg reading ‘Fog,’ ” he replied. That’s the Sandburg poem most of us learned in grade school because it’s short. Will the music be dense and humid, or lithe and catlike? With Wilson, you never know until it happens. Even he isn’t sure. “It is improvised music, so it is always changing. We never play it the same way once.”

Wilson was smitten by the drums in third grade, when he saw Buddy Rich on an episode of “Here’s Lucy.” Today Wilson is “easily one of the best drummers of his generation,” according to a New York Times review. The DownBeat critics’ poll named him Rising Star Drummer four years in a row. He’s been called smart, wacky and weird. He wears goofy hats and wigs.

A Matt Wilson performance is always entertaining and musically enlightening. His most recent Twin Cities gig was a two-night stay at the Dakota in January of this year, where he had us singing along to “Feel the Sway.” It’s a catchy tune from “Scenic Route,” his latest CD with his Arts and Crafts group and his seventh as a leader; he has recorded dozens more as a sideman. There are plans to record the Project’s performance in Minneapolis and perhaps release it later.

Because this is a joint presentation with the Minnesota Opera, the Project will have an opening act: singer Christopher Job, a bass in residence during the Opera’s 2007-08 season with upcoming roles in “Romeo and Juliet” and “The Fortunes of King Croesus.” When Job sang in “L’Orfeo ed Euridice” with the Glimmerglass Opera of New York, he was praised for his “nifty comic work.” Sounds like he’ll fit right in. Another bonus from the Opera: Come to the Sandburg Project, get a special ticket offer to “Romeo and Juliet” starring the fantastically handsome James Valenti.

The nonprofit Jazz is NOW! originated at the former for-profit jazz club Brilliant Corners in downtown St. Paul. When the club folded, saxophonist and owner Jeremy Walker turned to composing and leading the Jazz is NOW! NOWnet, a composers’ ensemble of artists from the Twin Cities and New York featuring original compositions.

The Carl Sandburg Project kicks off a new performance series that will pick up steam in 2008 with a performance of the NOWnet on March 13. I’m marking my calendar now. Meanwhile, Walker has put down his horn and pulled up a piano bench, and he’s practicing five hours a day. At the moment, he’s immersed in Bach.

Curious about jazz poetry? Look in your local library (if it’s still open) for “The Jazz Poetry Anthology,” edited by Sascha Feinstein & Yusef Komunyakaa. Feinstein is also the founding editor of a jazz and literature journal called “Brilliant Corners.”

Pamela Espeland, an author and a contributing writer to JazzPolice.com, covers jazz for MinnPost. She can be reached at pespeland [at] minnpost [dot] com.