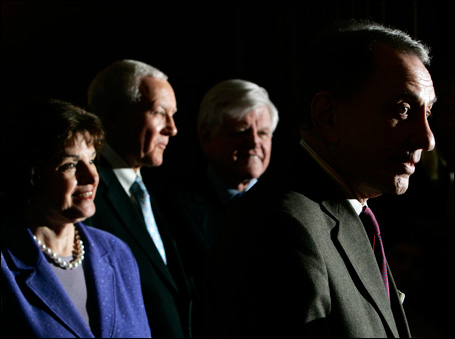 The initial political and media reaction to the announcement last month that scientists had turned human skin cells into what appear to be embryonic stem cells was that the long-simmering stem cell debate would now cool.

“Everyone was waiting for this day to come. You should have a solution here that will address the moral objections that have been percolating for years,” said the Rev. Tadeusz Pacholczyk, director of the National Catholic Bioethics Center.

But scientists involved in the field are not so sure.

“This is a very interesting and very important finding, but it is not the end of the story,” the University of Minnesota’s Dr. Dan Kaufman said in an interview with MinnPost.

“The research groups did this by working with embryonic cells so it’s a little disingenuous to say embryonic cells won’t be needed,” said Kaufman, who conducts stem cell research at the university’s Stem Cell Institute.

President Bush has twice vetoed legislation that would ease restrictions on embryonic stem cell research and provide federal funding. Proponents from both political parties and from both sides of the abortion debate supported the legislation, arguing that such research may lead to cures for debilitating illnesses such as Parkinson’s, Alzheimer’s and diabetes.

Kaufman said that embryonic cells are the “gold standard” with which the new cells will have to be compared. And, he added, there are potential problems with the new cells that have to be studied over the next several years. Congressional stem cell legislation, he said, is still important for researchers like him around the country.

‘Life and death’
Political supporters of the congressional legislation are more blunt.

“You’ve got a life and death situation here,” said Sen. Arlen Specter, R-Penn., a sponsor of the legislation vetoed by Bush. “And if we can find something which is certifiably equivalent to embryonic stem cells, fine. But we aren’t there yet.”

Newsweek writes that one result of the new research development is that the public will realize that some people have had a simplistic idea that somehow stem cells would lead directly to cures in the short-term. “Instead of yielding cures directly, stem cells — reprogrammed and embryonic alike — will take their place alongside other lab systems for studying disease,” said Newsweek.

What victims and their families (including my own; my wife has suffered from the consequences of Type I or juvenile diabetes for more than 20 years) have always counted on in this type of research is not that a cure is around the corner, but rather that there is a sense of hope and not more misery.

Columnist Michael Kinsley, who suffers from Parkinson’s disease, argued in Time that “any Republicans who think the stem-cell breakthrough gets them off the hook are going to end up very unhappy. This issue will not go away.

“Even if this were a true turning point in stem-cell research, people like me are not going to quickly forget those six lost years. I am 56. Last year I had a kind of brain surgery that dramatically reduces the symptoms of Parkinson’s. It received government approval only five years ago. Every year that goes by, science opens new doors, and every year, as you get older and your symptoms perhaps get worse, doors get shut. Six years of delay in a field moving as fast as stem-cell research means a lot of people for whom doors may not open until it is time for them to shut.”