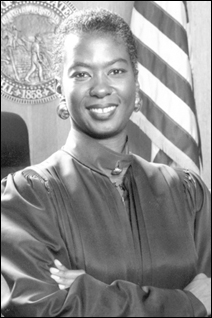 Hennepin County District Court Judge Pamela Alexander was too sad, too frustrated to feel much joy when the U.S. Sentencing Commission voted earlier this week to retroactively lighten some punishments for crack-cocaine-related crimes.

Seventeen years ago, Alexander tried to point out that the disparity between prison sentences for powder cocaine and crack cocaine smelled of race-based justice. Her courage contributed to her never becoming a federal judge.

“All I can say now is that it’s about time,” said Alexander, 58, who has been on the Hennepin County bench for almost 25 years. “I keep thinking, ‘It sure took you long enough to get to this point.’ I guess this shows that the wheels of justice really do move slowly. In this case, much too slowly.”

The Sentencing Commission voted unanimously Tuesday that laws that create a huge sentencing disparity for crimes involving crack and powder cocaine are fundamentally unfair. The decision will become effective on March 3, at which point many current inmates will be eligible to petition a judge to be re-sentenced under new guidelines, with lighter sentences.

“At its core, this question is one of fairness,” said William K. Sessions III, a federal judge on the commission. “This system of justice is, and must always be, colorblind.”

Alexander ahead of nation on issue
That’s what Alexander was saying back in 1990.

Standing before her was Gerald Russell and four other black men, charged with possessing three or more grams of crack cocaine. Their attorney argued that the charges should be dismissed because Minnesota law was discriminatory.

The attorney for Russell and the others argued that since crack was essentially a drug used by blacks and powder cocaine was essentially used by whites, there was an equal protection problem.

Alexander agreed. She dismissed the charges, and a year later, the Minnesota Supreme Court in Minnesota v. Russell validated her decision, ruling 6 to 1 that the laws, as written, violated a guarantee of the state’s Constitution that all persons in similar situations be treated alike.

Minnesota legislators did the politically safe thing. They increased guideline sentencing for those caught with powder cocaine, thereby raising the prison population ever higher.

The one positive thing that happened in the law changes, she said, was that they created room for Hennepin County’s drug court, which is an effort to bring reason to how the legal system deals with first-time offenders. But being courageous didn’t help Alexander’s career — even if she was right.

Politics left her judicial nomination in shambles
When Sen. Paul Wellstone nominated her in 1994 to be a U.S. district court judge, her nomination languished in the Justice Department of President Bill Clinton and Janet Reno. This was, remember, the beginning of the Newt Gingrich era in Washington. The last thing Clinton and Reno wanted was controversial “activist” judges who might be seen as soft on crime.

At her own expense, Alexander made several trips to Washington to be interviewed by Justice Department officials.

“I was 45 years old, and I was so excited,” she recalled in an interview Wednesday evening.

She even made it to the White House for an interview with Webster Hubbell, Clinton’s longtime confidant. This interview came before Hubbell was imprisoned for failing to pay taxes.

For two years, Alexander said, she “dangled in the wind.”

She frequently was interviewed by the FBI, whose agents, she said, treated her “like I was an everyday criminal. One day, three or four of them came to my chambers and they had their guns, for heaven’s sake. I learned a lot from that. I learned that no matter how well you’ve lived your life, the FBI can really mess you up.”

Wellstone, she said, was unswerving in his support. But he had more than her label as “an activist judge” to push against.

Alexander said that two Minnesota law-enforcement heavyweights were working against her using their connections in the Justice Department, because they wanted John Tunheim, an assistant to then Attorney General Skip Humphrey, to get the job. Eventually, he did.

Late in the process, Alexander said, she was contacted by Hazel O’Leary, a Minnesotan who was Clinton’s secretary of energy.

“Is there some other position you want out here?” she asked me. “I said, ‘No, I think I’ve had quite enough.'”

In the end, Alexander stayed on as a Hennepin County judge, chagrined not only by the fact that her nomination never even made it to the Senate floor, but also by the Clinton-Reno forces’ success in blocking all efforts to bring a measure of sentencing parity to crack and powder cocaine offenses.

“He actually had two chances to get it right and he wouldn’t do it,” she said of Clinton.

Not only has President Bush announced opposition to the idea of retroactive sentencing, but Hillary Clinton also has come out against it.

“And Guiliani is already using it as a weapon,” she said. “He said that anyone who supports this is soft on crime. It’s so sad. It always gets all caught up in politics.”

A few days ago, Alexander said, she was at the federal prison in Sandstone with some youngsters. “We visited with a young man who was there for sale and possession of crack cocaine,” she said. “He has a 20-year sentence, meaning he won’t be out until his middle age. He was great with the kids. He told the kids, ‘Don’t make the mistakes that I made. I’m here, and I’ve changed. But I’m not getting out. Don’t let that happen to you.’ Just so sad. Such a waste.”

He is just one of 19,500 federal prisoners — potentially including up to 192 Minnesotans — who deserves to have his sentence reduced, Alexander said. But she fears politics again will block justice.