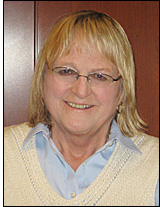 There’s word today that Susan Kimberly, the smart and savvy economic development expert, has signed on full time at the St. Paul Area Chamber of Commerce. She’d been working there as a consultant since May but now has longer hours and a fancy title.

“It’s going to cut into my golf game and my book writing, but I’m very excited about the opportunity,” Kimberly said.

She’s the new vice president of economic development for the group, which covers St. Paul and many east metro communities, but not White Bear Lake and South St. Paul, which have their own chambers.

Kimberly had been director of St. Paul’s Planning and Economic Development Department under former Mayor Randy Kelly and was deputy mayor under Mayor Norm Coleman. She was replaced by new Mayor Chris Coleman two years ago and has improved her golf game — “I haven’t broken 90, but I’ve shot 90” — and worked on several writing projects since leaving the city job.

Writing projects may be put on hold
Those projects include a memoir, a play and a novel, all inspired by her fascinating life in the public eye. She had been a St. Paul City Council member in the 1970s, when she was known as Bob Sylvester. A sex-change operation brought much attention in the 1980s.

“I’ll continue to dabble with my writing, but it won’t be my primary focus,” she said.

She has worked in public finance for Piper Jaffrey, and her many years of public policy experience brought her back to City Hall under Norm Coleman and Kelly.

At the chamber, she said she plans to “refocus economic development back to the classic sense: it’s about wealth creation, job creation, job retention and business attraction.”

In the past, the focus was diverted to public affairs projects, meaning the efforts went to particular projects like the proposed Bridges of St. Paul development, the Central Corridor, zoning on the river and work on the future of the Ford Plant site.

‘Classic’ economic development a priority
“We’ll continue doing some of that, but we really need to bring additional vitality to downtown St. Paul and the surrounding areas, and we want to do that with classic economic development that, day in and day out, attracts businesses and jobs to the community,” she said.

Kimberly has a journalism degree from the University of Minnesota and — I never knew this — once worked for the Catholic Bulletin, the former name of the official newspaper of the Archdiocese of St. Paul and Minneapolis.

Another project she’ll soon tackle is finding new businesses for the 3M land on St. Paul’s East Side.

“The city and the Port Authority are working on that, and we’ll be partners with them. It’s an interesting situation: A thousand jobs are being moved, but they’re only moving three miles east,” she said. “So we’re viewing this as an opportunity, and we’ll be part of the team finding new companies to move there.”