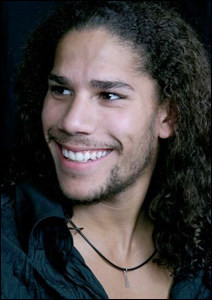 In the time it took Rohene Ward to hand the CD with his program music to an Xcel Energy Center worker and skate onto the ice, six people took seats about 15 rows up, at the end of the rink where one of the hockey goals is usually anchored.

That’s the effect the athletic, enigmatic Ward has on people. Of the eight Minnesotans who qualified for next week’s U.S. Figure Skating Championships at Xcel in junior and senior events, the 24-year-old Ward is the one with the chance to make the biggest splash among the spectators, even if he doesn’t come within 10 places of the senior men’s medal stand.

Ward’s spectacular jumps and undeniable charisma have long made him a crowd favorite. In this specially arranged practice session last month for six of the qualifiers, Ward stood out, and not just because he was the only skater of color in the house.

Minnesotan Rohene Ward likely to wow folks
Dressed in a gray sleeveless shirt and black tights to accentuate his muscular build, Ward stumbled trying to land a quadruple toe loop, the most difficult jump in his program. But otherwise, his speed and grace brought smiles to the faces of those watching, even several members of the event’s media relations staff.

If you follow figure skating and have never heard of Ward, who grew up in North Minneapolis, there’s an explanation. For a variety of reasons — a lack of maturity and shaky confidence, to name two — Ward has never excelled on a big stage, despite potential that persuaded Robin Wagner, who coached 2002 Olympic gold medalist Sarah Hughes, to train him for a short time. Ward washed out in three previous appearances at nationals, finishing 14th in 2002, 16th in 2004 and 17th in 2006. He failed to qualify in 2003, 2005 and again last season.

But after rededicating himself to training for more than a year, Ward secured a St. Paul berth with a strong second at the Midwestern Sectionals. Now, Ward feels primed to put on a show next week.

For Ward and the rest of the Minnesota qualifiers, the championships, which begin Sunday and run through Jan. 27, should provide a glimpse into how much elite figure skating is progressing here.

Since 1952, Minnesota has sent only one figure skater to the Olympics, Minnetonka’s Jill Trenary in 1988. And that came with an asterisk. Trenary moved to Colorado Springs, Colo., to train with the legendary Carlo Fassi, who helped turn Peggy Fleming and Dorothy Hamill into gold medalists and American icons. 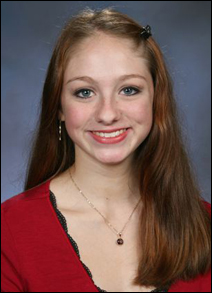 State’s coaching and training ranks stand out
It’s far too early to say whether any of this year’s Minnesota qualifiers will be in the mix for the 2010 or 2014 Games. But the success they’ve had, mainly at the novice and junior levels, indicates the kind of coaching and training available in clubs throughout the state.

The U.S. Figure Skating Association website lists 54 Minnesota clubs from all parts of the state, from Albert Lea to Thief River Falls to International Falls. Twenty-three are based within 50 miles of the Twin Cities, including Shattuck-St. Mary’s, the boarding school in Faribault better known in athletic circles for producing such hockey players as Sidney Crosby and Zach Parise.

Five Minnesota clubs contributed to the national contingent — St. Paul, Braemar-City of Lakes, Duluth, Red River Valley and the Starlight Ice Dancing Club. Olson, who transferred from Shattuck-St. Mary’s to Burnsville High for this school year, lists no club affiliation, while two others train with a fast-rising elite club in Ellerton, Fla., near Bradenton. 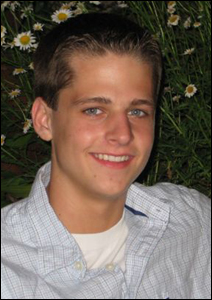 “It’s not like one club has so many skaters,” said Minnetonka’s Alex Johnson, 17, the national novice men’s runner-up in 2007 and this year’s Midwestern Sectional junior champion. “Many clubs are getting where they have a few top skaters who compete at this level.”

A few clubs even draw from out of state, the surest sign of an up-and-coming program. St. Paul Figure Skating Club director Ann Eidson says her organization, based at Pleasant Arena, has skaters from South Africa and England, as well as Alaska, Oklahoma, Nebraska, Iowa and Florida. Novice ladies qualifier Samiera Abou-Nasr, for example, moved here from Nebraska. But the club’s brightest prospect lives within walking distance of the arena — 17-year-old Eliot Halverson, who won national novice and junior championships the last two years and will compete as a senior at nationals.

Three years ago, Shattuck hired nationally respected coach Diana Ronayne to start the figure skating program, the nation’s first at a private boarding school. The 13 girls and two boys in the program come from as far away as Japan, Mexico and Mongolia. Ronayne, who formerly coached in Colorado Springs, is impressed with what she sees from Minnesota clubs.

“To produce top-level figure skating, you need the right mixture of arena situations, where arena management and the figure-skating community work together,” she said in a telephone interview. “And you have to have a qualified and interested coach to build skaters to that level. It’s a real elusive combination.” Ronayne said she sees that in several Minnesota clubs, among them St. Paul and Braemar. 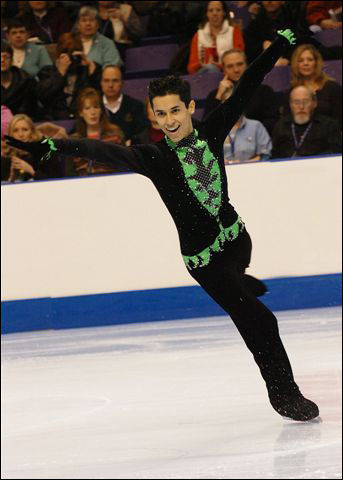 Minnesota skaters root for each other
Minnesota’s skaters are a tight-knit bunch, too, having built bonds at previous competitions. At the Xcel practice, Olson politely stopped an interview to take a cell phone call from Halverson, who was helping track down a misplaced camera. Johnson, a Braemar member, said the skaters generally ignore club affiliations and root for each other.

“Pretty much all of the skaters from Minnesota are pretty good friends with each other,” added Olson. “Most of us made it out of sectionals, which is great, just awesome. Last year, at (nationals in) Spokane, I think there was only one skater from Washington. We have a lot more than that.”

A few could find themselves on the medal podium, too. In a sport where two or three points generally separate finalists, Johnson won his junior sectional by nearly 33 points. He could give Minnesota its second consecutive junior men’s champion. In senior pairs, Moorhead’s Mark Ladwig and his partner, Amanda Evora of Sugar Land, Texas, were fourth at nationals last year.

Oakdale’s Michael Chau and partner Tracy Tanovich won the national novice pairs title last year when Tanovich, of Bradenton, Fla., was just 10. (He was 16). This season, they moved up to junior pairs and won the Eastern Sectional.

The senior ladies draw features two skaters from the Duluth Skating Club. Molly Oberstar, the Midwestern Sectional champion who also trains in St. Paul, should be a medal contender. Angie Lien, 27, will be the oldest competitor in the Minnesota contingent.

Among the senior men, the 5-foot-6 1/2 Halverson finds himself among the youngest and lightest skaters in the division, which puts him at a disadvantage. But after his Xcel practice, Halverson — born in Colombia and adopted by Minnesota parents as an infant — took in the scene and imagined skating in front of a filled arena, he couldn’t stop smiling.

“You have no idea how excited I am,” he said.

Expect Halverson and Ward to be among the crowd favorites. Ward, the son of an African-American father and Puerto Rican mother, is actually pulling double duty. He also coaches Olson, which Ward credits with helping his own skating. Ward had to be the mature, responsible, resilient one in their coach-student relationship.

Ward said he even altered his diet, though he made an exception to devour the slice of pepperoni pizza his cousin Riana Aulet handed him after he skated.

“Years ago, I would convince myself I was prepared when I wasn’t,” Ward said. “Now, I am prepared. Now, it’s a true, real belief. In the back of my mind, I was always like, ‘Are you ready?’ I don’t have that doubt anymore.”