The Minnesota Intercollegiate Athletic Conference — or “My-AC” — is a sports treasure. It brings together most of the state’s best and most beloved private colleges to play a diverse menu of Division III sports.

That means no athletic scholarships. It means chemistry labs take precedence over basketball practice. It means no red-shirting; that is, holding back players so they can get bigger and stronger to extend their years on campus just for sports.

It means school is first, games are second. Winning still matters, sure, but it’s not about revenue streams, developing pro athletes or cable TV access spats. 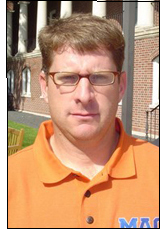 But, sadly, the MIAC’s future is in doubt. Indeed, by 2011, the MIAC might be blown to smithereens. Mac, Carleton and St. Olaf could go one way. Augsburg, Gustavus Adolphus, Hamline and St. Thomas could go another. Could.

The NCAA — the national governing body for college sports — is up to one of its silly, academic debates driven by complex and, in some cases, elitist forces. And, says Macalester athletic director Travis Feezell, who’s deeply involved in the national debate, there’s even the taint of some “D3” schools “chasing national championships.”

This pointless chase could be one of many reasons leading to a split into two divisions — D3 and D4? — that would break the MIAC apart. Meanwhile, some elite schools in the East —where else? — and Ohio don’t want to be affiliated with large Division III state schools, such as Wisconsin-Stout and Wisconsin-Eau Claire. ?no>

Yes, the Wisconsin state campuses — other than Madison — are mostly D3 schools. Why? Despite their large enrollment, they adhere to basic D3 principles: no athletic scholarships, no redshirting, not much off-season practicing, etc.

“I have not heard a compelling argument for this,” Feezell said of an examination of the future of Division III.

There is a mishmash of competing interests. Some schools want D3 national championships, even though there are more than 400 D3 colleges and they are as diverse as Wisconsin-Whitewater (public and 9,400 undergraduates) and St. Mary’s of Winona (Catholic and 1,350 undergrads). And, with such a large group, winning a title is virtually impossible.

Someone like Feezell says an athletic program can be “a rich and meaningful experience” without seeking national titles. Indeed, he envisions a day when D3 has only regional titles. He’s not alone. The elite small colleges of the East, such as Williams and Amherst, don’t participate in the NCAA Division III football playoffs, although they could.

Meanwhile, some of these same schools wanting national titles don’t want to affiliate with state schools. And some elite colleges aren’t interested in national titles, but want to play only against like-minded academic opponents.

“Who do you want to play against?” Feezell asked. “I call it the ‘reputational score.’ “

NCAA convention set
So Williams and Amherst want to play against each other and other dandy colleges more akin to country clubs than campuses. But they don’t want their uniforms muddied in a playoff against, say, a State University of New York college or even Mount Union, the Ohio football power, which isn’t as academically rigorous.

The implications are broad and expensive. For now, the MIAC, as a group, has written a letter to the NCAA seeking the status quo and arguing against any major Division III changes.

But if the division splits and all MIAC schools can’t agree on competitive or post-season principles, there could be a need for some Minnesota schools to go their own way. It would a conference not based on geography and tradition, but one of reputational, academic and athletic affinity.

One can imagine a Carleton, Macalester, St. Olaf, Grinnell, Lawrence, Beloit, etc., in a regional conference of schools that aren’t chasing national titles.

And, then, St. John’s and St. Thomas and, perhaps, Gustavus might have to go another direction. But at what cost? To what end? Who would they play? How far would they have to travel?

There’s going to be a robust debate among Division III colleges. It won’t push itself to the front pages of the sports pages or ESPN’s SportsCenter. But positions will be staked out. There will be a follow-up national survey.

Then, at the 2009 NCAA Convention, a vote will be taken to determine the fate of small-college sports in America. Watch carefully as a local sports treasure faces unnecessary danger.