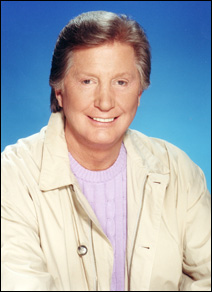 You don’t get to be a sports entrepreneur in the 21st century the way Tommy Collins did. He got to be a big hitter the old-fashioned way, the way they did it in bad 1940s movies with Donald O’Connor and Mitzi Gaynor. (Remember them?)

Nowadays, no kid with a dream from a remote Canadian village — 400 miles north of Toronto — can write a letter to some bigwig in a tall building in the United States, enclose a schmaltzy black-and-white photo, hop on a train, sight unseen, and join a touring ice show in Toledo.

It was Holiday on Ice, no less. This was vaudeville on skates. Collins was a show skater before TV mattered. He toured when Holiday on Ice hauled artificial ice surfaces from southern U.S. city to southern U.S. city. During intermissions, he sold popcorn, snow cones and cotton candy. He went on to appear on Broadway with Sonja Henie, the Madonna/Babe Ruth of figure skating.

Fast-forward a quarter century to 1975, and Collins, the skater, had become Collins the impresario. He owned his own show, which would become Champions on Ice. Soon, it possessed more sports cachet than Holiday on Ice or Ice Follies or Ice Capades, the shows that once barnstormed like so many circuses and rock bands.

The P.T. Barnum of figure skating raked in the dough
His Champions on Ice included the Olympic and world figure-skating champions each year. He was the P.T. Barnum of figure skating in the last quarter of the 20th century, leveraging high Olympic name recognition to sustain stardom for such elite figure skaters as Brian Boitano, Nancy Kerrigan and Michelle Kwan. In some years, he raked in the dough. He always shared it with his skaters — he had payrolls of $150,000 per night for his score of marquee names — and with the U.S. Figure Skating Association, with whom he shared his gate receipts.

But, now, with the U.S. Figure Skating Championships in town, Tommy Collins is telling everyone that he’s retiring. He’s 76. Sadly, his wife of 41 years, Jane Collins, died earlier this month. A few years back, he sold his show to AEG — the sports and entertainment giant that manages, among other facilities, Target Center. He was still overseeing Champions, but this year, the tour has been called off.

(For more details, go to ESPN.com, where I’ve got a longer story about the health of figure skating and Collins’ view of it.)

As Collins fades from the figure-skating scene, so, too, does a wonderful slice of Minnesota sports history.

Collins a key part of Minnesota sports history
Consider this lineage. The man who operated Holiday on Ice for many years when Collins skated in the show was Morris Chalfen, of Minneapolis. He was one of the men who, in 1946, bought the Detroit Gems, of what was then the National Basketball League, and moved them to Minneapolis. Chalfen renamed them the Minneapolis Lakers.

It was at Chalfen’s side that Collins learned about the entertainment and arena business. There was another tie. Collins had introduced his sister, Marty, to Chalfen. They married.

Collins became Chalfen’s brother-in-law. But, soon, in 1960, Marty Collins Chalfen was tragically killed in a plane crash. Tommy Collins took on more of the business role for Chalfen.

By 1969, Chalfen decided to tour the country with the world figure-skating champions. A concept was born. Tour with the planet’s best skaters, not as a night-clubby, lounge-acty, circuslike ice show, but as a serious skating, performance show. Let the world champs show their competition routines in person to the folks at home. Sure, add pizazz, but show the athleticism.

By 1980, on the strength of the Lake Placid Olympics, Collins suggested to Chalfen that a post-Olympic tour might be a success. Chalfen scoffed.

“You’re going to lose a lot of money on that tour,” Collins remembers Chalfen telling him. “I don’t want anything to do with it.”

The rest is figure-skating and show-biz history. At its height, 70 shows were selling out in arenas across the nation. Collins was grossing $50 million a year. Over his tenure, Collins’ show shared $18 million with the U.S. figure skating’s national governing body.

So, as the U.S. Figure Skating Championships reach their crescendo in St. Paul this weekend, it’s an appropriate time to salute Tommy Collins. He’s one of our last direct links to a distant, simpler sports business past.