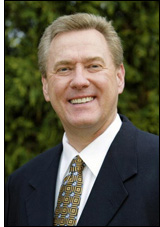 Ron Carey said he likes all the Republican candidates for president a lot. It’s just that he likes Mike Huckabee the best of all.

So Monday afternoon, the chairman of the state’s Republican Party announced that he would be the voluntary chairman of Huckabee’s Minnesota campaign as well.

This was just another surprise in a year filled with political surprises. Historically, state party heads stand above the fray until the rank and file select a candidate. That way, they’re in a position to act as arbiter in case of intra-party disputes, as unifier once the selection process is completed and as fundraiser for the party as a whole.

Carey said he will be able to fulfill all those functions, even as he heads the Huckabee campaign.

“I’ll be positive about all our candidates,” Carey said. “They’re all head and shoulders above any of the Democrats… . But I haven’t been as enthusiastic about a candidate since Ronald Reagan. He can reach people just as Ronald Reagan, the great communicator, did. The stakes are high. I could not stay silent.”

Some GOP insiders not pleased
But at least some powerful Republicans believe he should have figured out a way to stifle himself.

Brian Sullivan, a party powerhouse who is supporting Mitt Romney’s campaign, told the Star Tribune that he finds it hard to believe that Carey can wear a Huckabee campaign button and support all other Republicans at the same time.

In coming days, more Republicans are certain to raise concerns about the “neutrality” of Carey, who already is trying to hold together a fractured party.

For his part, Brian Melendez, chair of the DFL, had no comment about Carey’s surprising decision other than to say he will remain neutral until there is only one Democrat left standing in the long selection process. But surely he went to bed smiling Monday night.

Carey knew this would be dicey business. He said he studied the party’s by-laws and learned there was nothing in them to prevent him from supporting a presidential candidate. The by-laws, he said, do prevent him from supporting candidates whose races directly involve the state, meaning, for example, he could not chose one Republican over another in a U.S. Senate race.

Carey said he did “tip a few people off” on his plan to treat all candidates equally but Huckabee a little more so. Presumably, that means he contacted Gov. Tim Pawlenty, who is supporting John McCain, and Sullivan among others.

Carey thinks party will handle his decision well
“If you’re looking for World War III in the Republican Party because of this, you’re not going to find it,” Carey said.

But moments later, Carey did say he knows “he’ll take some flak from some people.”

Carey — and others at Mondayâ€™s announcment of the formation of Minnesotans for Huckabee — spoke of Ronald Reagan almost as often as they spoke of Huckabee.

“Like Ronald Reagan,” Carey said, “he resonates with common folks. He gets the message across that Republicans are the party of the middle class, not the aristocrats.”

But it is apparent that Minnesotans for Huckabee aren’t going to be targeting the middle class so much as evangelical Christians in the short time until the state’s Feb. 5 caucuses.

Gary Borgendale, a campaign aide, is charged with getting the Huckabee message to every evangelical pastor in the state. The pro-life movement also will be targeted, Borgendale said.

Carey, it should be noted, is an evangelical.

“We’re marketing to a small group of people,” Carey said, noting that no more than 30,000 Republicans are expected to participate in the caucus. He believes that with no money and likely no appearances by the candidate, Minnesota Republicans will react as Iowans did.

Carey’s genuine excitement for Huckabee was obvious Monday. He spoke rapidly, with great gusto about Huckabee’s ability to “generate enthusiasm. As party chair, I want that enthusiasm.”

With considerably less fire, he added that all of the other Republican candidates are wonderful, too.