Every primary care doctor has perfected a spiel about how 90 percent of upper respiratory illnesses (“Like yours, ma’am”) are caused by viruses; how viruses DO NOT EVER (Ever? “No, never, ma’am”) respond to antibiotics; how antibiotics have their own complications, beginning with a co-pay and ending with the rare but potentially fatal drug reaction.

It’s a well-rehearsed, scientifically reasoned speech, but it rarely ends with a sense of relief from the audience, who often ask, “So how do you know, with absolute certainty, beyond a reasonable doubt, that what I have is a bacteria?” Patients with passive-aggressive traits will often nod repeatedly in approval, then head out the exam room door muttering, “I don’t know why I would come to the doctor if the doctor can’t do anything?!”

Now it’s the xTAG Respiratory Viral Panel to the rescue.

This swab detects 12 viruses
The xTAG viral panel was cleared for marketing by the U.S. Food and Drug Administration on Jan. 3, and is capable of detecting 12 of the most-common viruses causing upper respiratory infection. Its net includes the major players like rhinovirus, the purveyor of the majority of colds; Respiratory Syncytial Virus (RSV), the wintertime scourge amongst infants and young children, and Influenza A and B.

The xTAG uses a single swab of secretions from the nose or throat to identify sequences of viral genetic material (either RNA or DNA), which can then be amplified by a technique called polymerase chain reaction or PCR.

PCR-based tests don’t miss much. For example, if rhinovirus, the cold virus, is in an xTAG sample, it will detect it 100 percent of the time. The tests are also quite specific — that is, when the test is positive, it almost always has the right guy.

While PCR technology is not new, its accuracy and speed are allowing it to play a progressively more important role in how we diagnose infections, including bacterial ones. The health system where I work is implementing a PCR-based test for Group B strep, bacteria that can cause serious infections in pregnant women and in newborns who can become infected during labor.

Because antibiotics given during labor can reduce the risk of early infection in the newborn by up to 30-fold, a culture for Group B strep is routinely checked between 35 and 37 weeks into the pregnancy. The culture takes 48 hours to run, which isn’t an issue at 35 to 37 weeks, but becomes one if a woman goes into premature labor and doesn’t have available culture results. The new PCR Group B strep test results are back in 2 1/2 hours.

Steep price tag for the xTAG
Like everything medical, the xTAG is expensive, and the factors involved in what it will actually cost are myriad and hyper-local. A spokesman for Luminex, the manufacturer of xTAG, said the cost for one swab is “certainly in the hundreds of dollars and not the thousands.”

So is it really xTAG Respiratory Viral Panel to the rescue?

“With technology like this, at the end of the day the question is, what does it really help us with,” says Dr. Mark Schleiss, head of the Pediatric Infectious Disease Department at the University of Minnesota. “With the flu and a few other viruses we have some treatment options, and the results may help us with infection control — who to isolate, et cetera. But what about beyond that?” 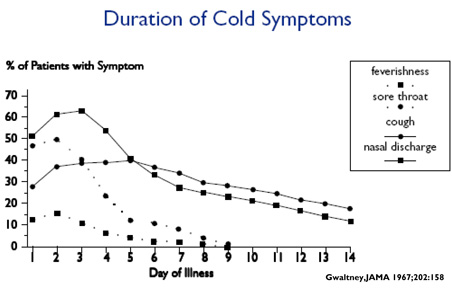 Of the 12 viruses that xTAG covers, only two — influenza and RSV — have specific treatments. Flu medications are limited by the fact that they have to be taken early in the course of the infection to be effective, and ribavirin, the medication for RSV, is of marginal efficacy.

A chance to curb the appetite for antibiotics
So what’s the point of calling the fire department if they don’t show up with any water? What good does it do to document a viral infection that cannot be directly treated?

Because it might help curtail America’s voracious appetite for treating viruses with antibiotics. A 2003 study published in the Archives of Internal Medicine found that 39 percent of adults and 33 percent of kids who sought medical treatment for non-influenza viral respiratory tract infections received antibiotics.

What those patients got from their prescription was validation of their symptoms (“The doctor said I was sick — she put me on an antibiotic.”) and little else. What we as a society get is a constant, community-wide antibiotic presence that allows bacteria to develop resistance to these antibiotics.

It’s a dysfunctional relationship — physicians wanting to please, patients begging please; but it’s also become a cultural norm, one we apparently share with France. A research paper comparing antibiotic usage and antibiotic resistance in France and Germany noted that in a pan-European study, only the Turks demanded antibiotics more often than the French.

Though different regulatory and governmental forces are at play in Germany and France, the difference in bacterial resistance is quite sharp. In Germany, only 7 percent of Strep pneumoniae, the most common bacterial cause of pneumonia and middle ear infections, is resistant to penicillin, while in France the rate is 43 percent. Here in the U.S., 21 percent of the strains are penicillin-resistant, but there is great geographic variability. The Minnesota Department of Health’s reports our state’s resistance rate at 19 percent in 2006.

“Maybe,” said Dr. Schleiss, “but until we have the perfect test, there will always be some uncertainty. Even if we had an affordable rapid test, and you could test them for everything as they roll in the door — even if you’re absolutely certain what it is when you go in the room — there will still be this tendency to want to put them on an antibiotic, ‘just in case.’

“Maybe what we need is not more tests, but a better understanding of the clinical course and the specific symptoms of these illnesses,” he adds, pointing out that the clinical benefit that patients typically attribute to antibiotics is more often circumstance than cause and effect.

“You’re seven to 10 days into a bout of bronchitis — you’re still coughing stuff up, your chest is sore, so you go into the clinic and get a Z-pak (the antibiotic azithromycin),” he explained. “And you get better. And you feel better because the time frame superimposes perfectly on the natural course of the illness, which is 14 to 16 days.”

The numbers don’t lie. Every year there are an estimated 500 million cases of viral upper respiratory illnesses reported in the U.S. Half of them will last longer than a week, and 25 percent will last two weeks. Yes, you’re miserable, but there’s nothing that a 10-day course of the antibiotic Omni-Clobber can do for you. Put on your rally cap. Drink some tea. You’re going to get better.

Call us if you don’t, or something really changes.

Dr. Craig Bowron is a Twin Cities internist and writer.

The U.S. Centers for Disease Control’s “Get Smart” program on when to use antibiotics

The Swab of Truth: You don’t need antibiotics for most upper respiratory bugs, and now I can prove it