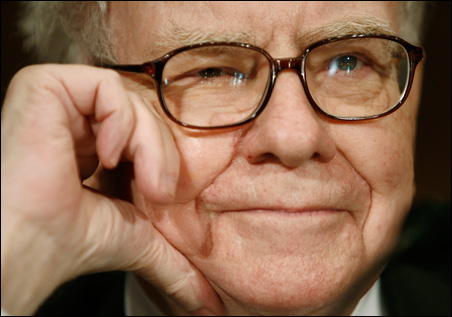 Perhaps as soon as today, a consortium of investors could announce an agreement to pump $3 billion into Ambac Financial Group Inc., one of the nation’s three major bond guarantors. To many investors, bonds are the stock market’s sleepy cousins, and bond insurance almost too dull to notice. That is, until companies like Ambac — which backs half a trillion dollars worth of bonds — stumble.

The company’s troubles could cost local and state government (and of course, taxpayers) billions of dollars of higher interest costs just as a recession hits. In some cases, it prevents financing any new project, no matter how strong the governmental unit’s balance sheet. The bond market’s turmoil, for example, helped persuade the cash-flush Metropolitan Airports Commission to pull a couple of issues last week after interest rates climbed too high. This why news of Ambac’s potential bailout had enough muscle to help lift the stock market Friday and raise the futures market today.

Municipal bonds are not home mortgages — they’re safer because if all else fails, the borrower has a tappable income stream to pay interest and principal: a tax base. The short version of Ambac’s troubles (and those of its chief competitors, MBIA Inc. and the Financial Guaranty Insurance company) is that they mixed relatively safe municipal bonds with bubble-icious mortgage-backed securities known as CDOs.

In the good old days, CDOs boosted the guarantors’ sleepy stock price; when home values tanked, it endangered the core muni business. In January, according to the Bloomberg News Service, Ambac forecast losses of $3.5 billion in the subprime mess; that meltdown boosted the possibility that the guarantors would ship out so much cash to cover bad CDOs that there wouldn’t be enough to back the munis. As a result, big ratings services such as Moody’s have threatened to knock down Ambac’s ratings from the top AAA grade, which could effectively stop business. (Another ratings agency, Fitch, has already done so, but Ambac has soldiered on.) Moody’s mind-focusing deadline: end of this month.

Enter the Oracle of Omaha
When there’s a credit crunch, cash is king. Enter Warren Buffett, the world’s second-richest man, who famously sat out the dot-com-to-dot-bomb market because he “wouldn’t invest in something he couldn’t understand.” He has long loved reinsurance — the business of insuring insurance company portfolios, which in essence is a gigantic pooling of risks. In a world where overaggressive bond reinsurers see their own investment-grade ratings wobble, Buffett — whose Berkshire Hathaway sits on tens of billions of hard, clean cash — can step in with his lily-white balance sheet and grab billions of municipal bond business.

Buffett may be known as the self-effacing Oracle of Omaha, but he is a rapacious businessman. He not only established a competitor, he offered to reinsure the $800 billion in municipal bonds the three majors offer — at “a steep premium,” the Times noted. For now, the bond guarantors have eschewed Buffett’s cash, turning to banks such as Wachovia, Citigroup and UBS. Ironically, some of these banks have been hammered by their own mortgage misdeeds. One wonders if we’re just stacking the house of cards higher, or if foreign countries’ sovereign wealth funds, already bailing out Wall Street, are extending their domestic reach.

The next step could be splitting Ambac into two companies: one with the safer municipal bonds and the other with the rocky mortgage-backed investments. That segregation might help local governments, but potentially deepen the mortgage mess by no longer pooling those obligations with the stronger taxpayer-backed munis.

A skeptic of the plan
A powerful segregation plan skeptic is Bill Ackman, who manages the Pershing Square hedge fund. Ackman is a more familiar name to Minnesotans because he has taken a strong position in local retailer Target; he’s pressuring the company to sell its credit card subsidiary and some land to boost stock price. Ackman has “shorted” Ambac and MBIA, meaning he’s betting their stock will fall further. In a Friday interview (PDF), Ackman explained that he’s not betting against municipal bonds, just Ambac and MBIA as holding companies. He says even if segregation happens, the same holding company will own both the municipal and mortgage pieces, and can still suck cash out. He notes that in the last year, MBIA’s holding company removed $1 billion to pay dividends that should have been preserved to pay claims, even as the company now rattles the tin cup for investment.

Moreover, Ackman believes walling off municipals is unfair to investors who will still hold the mortgage bag. He’s seconded by Wall Street Journal columnist Holman W. Jenkins, Jr., who writes that the plan “retroactively award[s] municipal clients privileged status at the expense of other clients with equal claim on the insurers. But the latter are bound to put up a fight. Thousands of investors rightly will run to the courthouse and argue that breaking up the insurers robs them of the financial strength and cash flow to support any claims that come from defaulting mortgage securities.” Ackman prefers a plan to keep companies like Ambac intact, but create a municipal-bond-only subsidiary with an independent board.

The hair-raising world of bond insurance